Novel Updates
RegisterLogin
Theme
Search
Your changes has been saved.
Being an Author is a High Risk Occupation

Home >
Novel >
Being an Author is a High Risk Occupation 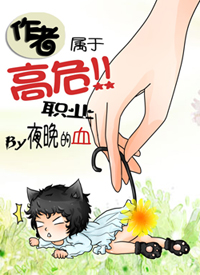 One entry per line
夜晚的血

Status in Country of Origin. One entry per line
Completed
131 Chapters

In the next life time, he would absolutely not become an author.
He would once again be cursed to the danger of crossing over into a book.
During the time when he broke free of his shell, what he first saw was just the handsome, handsome male lead that he had written.
During the time when the male lead was pinching the small soft flesh of his neck, it was also his first time hearing the male lead’s voice.
“Return goods,” the male lead said in this way toward the vendor stall’s owner.
Pei Bufan: “…… meow?”

One entry per line
作者属于高危职业

These are recommendation lists which contains Being an Author is a High Risk Occupation. You should give them a visit if you're looking for similar novels to read. Alternatively, you can also create your own list.
More Lists >>>

This is a great novel, but the current translator just isnt putting in the effort it deserves. I'd recommend to just MTL it, because that's what the current translation is. It's unedited and doesn't come out regularly, so you'd save yourself a lot of time. If you want an example of the superb translation (no spoilers dw) :... more>> "I wonder if he was trying brushing the man’s affection now? Were you going let him pull the man to walk the magic?" Just MTL it yourself. That's the most solid advice I can give you. Dont wait for the translator to give you an unedited MTL and call it a translation after several months of being gone. <<less
36 Likes · Like Permalink | Report

There are only a few chapters translated thus far, but it's pretty cute with an interesting set-up. The MC is murdered and becomes a cat monster in the unfinished BL Xianxia webnovel he was writing. The ML was reborn in the past and chooses to correct the mistakes of his past life and get revenge on those who wronged him, using the knowledge of the future to his advantage. Remembering that his treacherous, unfaithful lover/cultivation partner from before bought a black beast egg from a street-side vender which then hatched... more>> into a ferocious Nether Bird, he goes to that same vender and buys a black egg. However, a chai cat (domestic cat) pops out of the egg instead, leaving the poor ML flabbergasted and without the all-powerful cheat pet he'd been expecting. Even so, he takes the little one as his companion to ease his broken, wounded, and lonely heart. Along the way, he begins to realize that this little house pet might not be as weak and useless he looks at first glance. The MC is sensible enough to get things done and doesn't lose his IQ with the reincarnation. He's pretty likeable. Although the ML is a bit warped from his past trauma, his sweetness and loneliness makes me pity him. I have high hopes for the series. There are only five chapters out thus far, but I hope future ones keep it interesting. <<less
14 Likes · Like Permalink | Report

Average, plot wise. Mediocre, character wise. Especially the MC. The MC...I hate his character. Is he a man or a b*tch? He whines too much and it's irritating.... more>> If I were the ML, I would have killed the MC in a heartbeat the moment he was hatched from the egg. The ML is a bit... dull. He is boring and he has no personality. I don't hate him but I don't like him either. More on the MC... He is an author. Inagination and creativity is his field of expertise. However, he acts like he was walking on fire in his own world. He has general grasp of the plot so he has greater advantage especially with the System. However, he is too dumb to consider things that are of use to him or worth noting. Is he even an author? Even if he was shocked or felt unsettled of his current circumstances, he should have higher degree of control of his environment as he was the creator. If he was just a mere reader then I wouldn't be too irritated by his actions but he is the author. An author who doesn't even has a grasp of his own work is not worthy to call himself an author. <<less
6 Likes · Like Permalink | Report

Story is alright but I recommend waiting for a new translator before starting to read. The previous translator chopped up each chapter into 2-paragraph pieces, which is honestly ridiculously annoying, as thankful as I may be for their hard work.
4 Likes · Like Permalink | Report

this is alright, the ML is a stereotypical ML but the MC is annoying. He has the meng thing going on as a kitten but once the story progresses it becomes more and more obvious that there's a pit where his brain should be. ... more>>
Spoiler

instead of taking his situation seriously, even when his life is in danger, he's more interested in finding a way for his tiny body to somehow top the ML, as he's fixated on being a gong. He's far more concerned with that than with what's actually happening around him and doesn't seem to care at all about why he's there, nor does he try to figure out what he's supposed to do.

he has to be threatened with shaving, (a fate worse than annihilation apparently), to do even the simplest system tasks. He's clueless about the world he created and is constantly surprised by basic elements within it despite being the author. He also has no sense of danger, is impulsive and very careless, leading to him becoming a typical damsel in distress over and over again.
he hasn't used the knowledge of the plot much at all so him being a writer with a goldfinger (foreknowledge) is as useless as the rest of him ATM. He just lets things happen to himself rather than using his knowledge, which is baffling for me; why would he not use his advantages? Someone else commented that unlike some MC he doesn't lose IQ once together with the ML but as of ch 25, I would argue that he doesn't have much IQ to lose in the first place.

[collapse]
I stopped reading at chapter 25 due to the MC and to the messier than usual MTL (which keeps changing the name of the MC and ML and never once uses their actual names. I.e the ML is 'the cars broken face/broken edge of the car/broken edge/broken car/cars/broken/etc.' it's different almost every time). I might try again if this gets translated but maybe not; I have a low tolerance threshold for this kind of MC, rating it a 3 is already at my limit. <<less
4 Likes · Like Permalink | Report

The novel is kinda interesting but when I go into MTL the name of the character is very confusing like the ML name would be 'the car' lmao The novel is about the ML in the novel reincarnation back to the start of everything and he was going to buy an egg where its suppose to be a phoenix coming out of it, instead, it becomes a cat (mc) So it all starts from there :D ... more>>
Spoiler

There is a smut scene XD the MC is so hilarious, he so s*upid lol, the interaction of MC and the system is so funny as the system is Black-bellied.

when MC do something wrong to the system its get revenge by not telling the MC about what is going on like in ch 40 or smtg where MC disguise to human and the ML is found out about it lol. So just this interaction is pretty funny.

I is a really nice history and pretty funny too. Is easy to read and somewhat heartwarming.
0 Likes · Like Permalink | Report
Leave a Review (Guidelines)
You must be logged in to rate and post a review. Register an account to get started.