Novel Updates
RegisterLogin
Theme
Search
Your changes has been saved.
Advertisements
Behind the Scenes in Naruto World

Home >
Novel >
Behind the Scenes in Naruto World 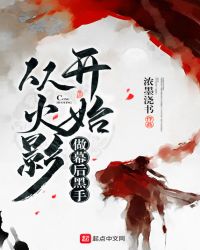 Status in Country of Origin. One entry per line
825 Chapters (Completed)

Uehara Naraku transmigrated into the Anime World with a single purpose of becoming the biggest boss in the world. Watch as he travels different worlds and turns them upside down using his acting skill and conspiracy behind everyone’s back.

One entry per line
Behind the Scenes Start From Naruto
从火影开始做幕后黑手

These are recommendation lists which contains Behind the Scenes in Naruto World. You should give them a visit if you're looking for similar novels to read. Alternatively, you can also create your own list.
More Lists >>>

This is one of the best fanfiction novel i've read until now. DON'T EVER LET THE RATING AFFECT YOU, this is 11/10. I was a bit skeptical when I first saw this novel, and then I tried to read a few chapters to know the novel. But, instead of reading a few chapters, I was so immersed that I managed to read until ch 400 in just several days. I really like the fact that the MC doesn't care about changing the plot in the naruto. And also, I love... more>> MC's jokes and his unique way of thinking is so FRICKING Amusing. And also, the reactions of other characters when they hear MC's jokes are so hilarious. What are you waiting for? Read this novel, you won't regret it <<less
1 Likes · Like Permalink | Report

I really like the story especially the protagonist doesn't have some dilemma about changing the Naruto world or not saving some character for fear that the the future he knows may change hope to get updates as soon as possible the last chapter keep me hanging about what will happen!!!!!!!!
9 Likes · Like Permalink | Report

This novel can be either good or worst based on whether you accept protagonist personality.
This novel is about how protagonist, a transmigrator, plan conspiracy to become the mastermind of events in the world. Series involve in novel are Naruto, One Piece, Overlord (small arc), Bleach, Marvel.
Protagonist start of as a selfish, arrogant and very petty brat. As story progress do have personality change, but change in bad ways. You will either like this novel because protagonist is anti-hero, or dislike this novel because protagonist is too scumbag. Almost every organization... more>> he work for become enemy of the world. Almost everyone who is his friend (not subordinate) is betrayed.
Spoiler

chap 1-100 protagonist seem to be a bad personality brat
chap 100-end of Naruto protagonist become quite scumbag. He start deceive, betray, and manipulate other again and again. Certain character has his life ruined just because he is joking about protagonist. Even villain dub his name as conspiracy and betrayal.
after Naruto arc protagonist is infinitely arrogant, infinitely petty and because he has no fetter in other worlds, he seem to have only either subordinate or toy (others). He also like to act as weak harmless guy and betray whoever befriend him.

"To protect our spy status, just kill everyone who is not spy" so this guy just send a team of spy to kill former teammate of certain target. Later revealed that every action you do is also under my spy.

[collapse]
Quite a good read is you tolerate protagonist. The ending is hasty but is acceptable. <<less

i freaking love this! After I discovered this here on NU, I binge read it and I can't stop fr. I don't actually know details about Naruto that much since I did not finished the anime (i just watched early parts of it) and I did not even read the manga but through this and a little bit of research here and there, I gradually started to understand the story– which I'm very thankful of because eversince I've been really curious about Naruto's whole story and twists. don't let the ratings... more>> affect you! This is really good 11/10. I loveee uehara naraku and how he started from the beginning to currently being super strong.
Spoiler

I also want to mention how I love that he schemes behind everyone and use his good acting skills around people to achieve his goals! Like damn he fooled tsunade, kakashi, jiraiya, etc. He's so desicive and he will do everything just to finished the system's missions. He's so two-faced and I really like it.

No annoying romance or harems. No useless drama or crying about morality. Just the MC purely having fun. Quite rare to find such a fun thing on this site. I think it deserves a higher rating than the one it has at the moment.
3 Likes · Like Permalink | Report

This was a really fun read, I read it all the way to 341. Sadly that's caught up to the translation, it's possible to get another 80-90 chapters via the translator's patreon if you're so inclined though. It started getting a bit stale around chapter 280-300 but I powered through and it got interesting again around 310. Shame I caught up, it was about to reach some kind of climax in the next 30 chapters, so I was intrigued on where the story was going to go after the objective had seemingly... more>> been achieved. Plenty of comedy, action- as someone who can take or leave naruto but did watch all the Naruto and Naruto Shippuden (not the movies or side stuff though) I knew enough about the universe of Naruto to enjoy this book without too much googling. <<less
0 Likes · Like Permalink | Report

So far so good~ it's really interesting and entertaining at the same time. MC is too OP at the chap I'm in, but whatever, I LOVE IT. Been reading this for the past 3 days to the point that I didn't do my school works so that I can read the next chapters T.T So anyways, VERY RECOMMENDED if you like Naruto anime and familiar with the characters of it. Just that, I'm a bit skeptical and kinda felt weird with the League of Legends inspired summoned beast.
0 Likes · Like Permalink | Report
Advertisements
Leave a Review (Guidelines)
You must be logged in to rate and post a review. Register an account to get started.