Novel Updates
RegisterLogin
Theme
Search
Your changes has been saved.
Before and After Divorce

Home >
Novel >
Before and After Divorce 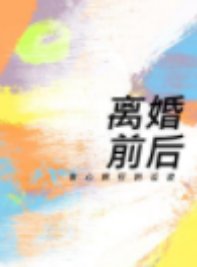 One entry per line
丧心病狂的瓜皮

Status in Country of Origin. One entry per line
135 Chapters (Complete)

The wealthy man fell in love with the celebrity at first sight, and after the forced marriage, they divorced because the canary was too arrogant.

One entry per line
Before and After Goodbye
离婚前后

After Our Divorce, I Still Wore Your Jacket (2)
Application For Divorce (1)
Before the Divorce (1)
No Money to Divorce (1)
Si Tian Guan (1)

These are recommendation lists which contains Before and After Divorce. You should give them a visit if you're looking for similar novels to read. Alternatively, you can also create your own list.
More Lists >>>

This is a bittersweet and melancholy story, out to explore human emotions and frailties, and how hard it can be to understand someone, especially someone you love. It has some of the trappings of a wife-chasing crematorium, but they quickly fall away in exploring the struggles of the two main characters, and why their marriage fell apart. The setting and the character set-ups aren't particularly grounded - this is still your showbiz/rich CEO fantasy setting, and it's all in service to the main romantic relationship without trying to realistically detail much... more>> of film-making or financial world. However, the emotions have more complexity and psychological weight than is typical for the genre; the only one who (literally) gets face-slapped is the MC XD. This story is not aiming for the power fantasy parts of crematorium/divorce type novels. MC begins as immature, and insecure/arrogant. He makes many mistakes, but does still have a conscience, and his character develops as he tries to make amends, recover from trauma, and move forward. Most characters are neither wholly good or bad, and that's kind of the theme. ML has his own issues going on - they're eventually sketched in, but the way he constantly shuts MC out is excrutiating for MC, and may be for some readers too. There are some heavier topics involved though, so for readers who'd like a heads-up:
Spoiler

-There's a lot of suicide, and child abuse related trauma in both MC and ML's backstories. Most of it is off-screen, only being retold with onscreen scenes about dealing with the aftermath, but there's one chapter that is a bit more graphically detailed, where MC finds out about the ML witnessing his younger brother's suicide.

-There's also one sadistic villain character, who sexually abuses and also tortures two secondary characters, but most of his villainous deeds are off-screen, with MC seeing the victim's wounds, and some video footage.

-MC is involved in a drunk driving accident, and there are descriptions of the crash

-A lot of cigarette burn scars

-A lot of smoking! I normally wouldn't mention this, but it's a lot, and quite emotionally linked, so if you're trying to not smoke, this may not be a novel for you.

OMG FINALLY SOMEONE PICKED UP THIS NOVEL t_t finished this novel a long time ago, maybe I already forgot about the details and the plot, but the thing I still remember is the feelings when I read this novel. at first, I thought this novel would be a scum gong wife chasing crematorium story--turn out I was wrong, instead of scum gong, this one should be a scum shou story.... more>> then, I was wrong :) there was no scum at all! reading this one would give you both pain and heartwarming feelings. I love to see them being so cuddly and madly in love with each other, yet in the other hand, I also feel like the "divorce" is needed, so BOTH of them can grow. Ngl when they finally got back together, I shed a tear (actually a lot lol). i really like watching them grew, as individual and also as a couple. for me, Xia TingWan is one of the danmei character with a great character development. this novel doesnt have perfect-good-at-everything MC and ML. In fact, they flawed, and that's the reason why I love them. about Su Yan and WZC:
Spoiler

wen zichen is a money grubber, he desperately needed money and wanted to hug su yan's thigh to save himself from someone, he's kinda pitiful but he's still a bit*h tho (for literally brainwashing a little kid). Su Yan has no feelings towards him NOT AT ALL. He tried to aroused su yan once and even gave him bj so he could forget xia tingwan, ended up with su yan keep remembering the memories about his little peac*ck prince. They didn't go to the last base bcs su yan only has tingting in his heart.

This is by no means to discourage future readers from reading this. I don't have enough energy for that. ... more>>
Spoiler

Yeah no, nothing can justify any of your action, Nothing. You can be the most pitiful person but you'll lost sympathy once you turn into someone who hurts other people. I can say "ohh how sad" about your past but you're still a piece of sh*t not worthy of being stepped on with a shoe because when you see a giant turd on the streets you avoid it or even warn others not to step on it. Stop using love as the reason to escape responsibility, "ohh yeah I did this but I love you so forgive meeeeeeeeee, I did something but it's you I loveeeeeeee". Love don't give you free pass on trust.

Why three stars? It's like giving a child treats for their hard work.
[collapse]

!!! Reading the first chapters, you would think that you're dealing with a typical scum gong. But you're not, it's actually a lot more complex than scum characters. Progressing on into the story, as a viewer you would feel sympathy for the shou as well as slight pity for the mistakes he's done but you cannot entirely blame it on him. The story is interwoven with characters that have their own reasons for commiting acts, be it abuse or tragic backstory. As you unravel more things, you would not feel... more>> the slightest bit bored or stale with the manhua's pace, I am assuming the same for the translated novel. It is written and executed so well that it keeps you gripped and would not let you skip it, the only time I had gotten rest was for pee break, the other times I was just so immersed in the development.
Spoiler
[collapse]
There's the occasional annoyance with the shou considering he grew up too fast for his own good and his childhood wasn't fulfilled, traces of the child in him shows for the most part in the early chapters, but he learns more as time goes and obstacles follow him and Su Yan. I cannot formulate a proper conclusion since I am not still done with the manhua and novel
Spoiler
[collapse]
All in all this book showed great potrayal of change in oneself and how love can be something so trivial but we and our circumstances make it hard for us to navigate it :')) :' (( <<less
2 Likes · Like Permalink | Report
Leave a Review (Guidelines)
You must be logged in to rate and post a review. Register an account to get started.

After death, I transmigrated into a...