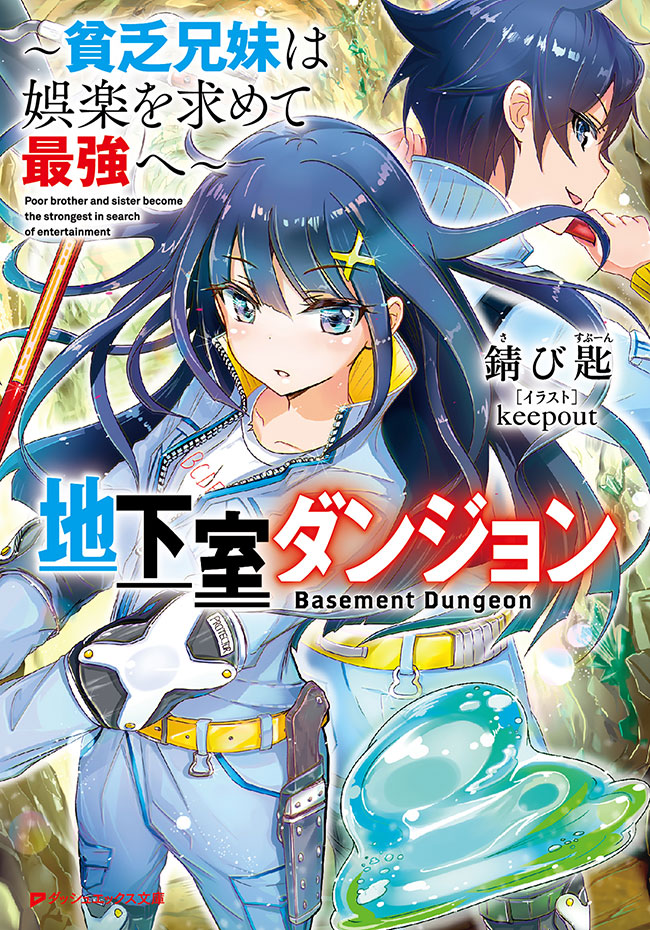 One entry per line
keepout

One entry per line
Shueisha
Syosetu

One day, dungeons appeared all over the world. The creatures that sprung up from the dungeons laid waste to the nearby humans and animals.

However, the UMAs, commonly referred to as monsters, that emerged from the dungeons seemed to lose their power as they left the dungeons. Soon, they were quickly eradicated by the technologically advanced countries. Although chaos occurred in countries that did not have enough weapons, the monsters that appeared on the ground were weak and were soon defeated by people that undergo some physical training.

Quick countermeasures were soon taken, and the world regained a sense of peace.

However, the world was once again changed when a country discovered the dungeons have precious resources within.

In Japan, dungeons are finally opened to the public and became a source of merriment and excitement.

However, this is a story about a brother and sister, who have been living in poverty since their parents disappeared. Then, a dungeon suddenly appeared in the basement of their tattered house in the countryside. And the siblings explore it for some entertainment.

These are recommendation lists which contains Basement Dungeon ~Poor Siblings become the Strongest and Enjoying Exploration~. You should give them a visit if you're looking for similar novels to read. Alternatively, you can also create your own list.
More Lists >>>