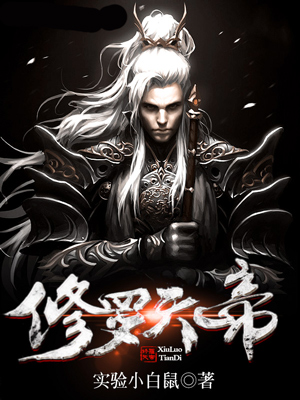 One entry per line
实验小白鼠

Status in Country of Origin. One entry per line
2732 Chapters (Ongoing)

One entry per line
IReader

Eight years later, after tempering his spirit and becoming a martial artist, the Asura awakens, an unyielding youth that defies heaven rises.

Provide me a blade and I will be able to break the blue dome of heaven. Provide me a sword and I can show the heavens. A Golden Unicorn is an animal with no particular talent, but when encountered with an unstable situation, it will change into a dragon[1].

[1]: This is most likely a play on words, how a Golden Unicorn(Jinlin[金麟]) can turn into a Qilin(麒麟) when encountering tumultuous times.

One entry per line
修罗天帝

These are recommendation lists which contains Asura God. You should give them a visit if you're looking for similar novels to read. Alternatively, you can also create your own list.
N/A

It had a nice start with the MC getting his parents city back, however after he leaves his homeland the plot doesn't get any better. The cultivation isn't very interesting, most of the power ups for MC comes from treasure hunts. Basically MC collects treasure and distributes it among his friends and allies thus slowing down his own cultivation. Some things seems quite ridiculous though eg. MC was told by his wise helper that one of his treasures must be shared because it is dangerous for him to absorb all of... more>> it himself, however he seemed to have absorbed it pretty well on multiple occasions and it didn't appear to be dangerous to him at all and was very effective in increasing his strength yet he still shared it even though it was crucial for him to prioritize strengthening himself especially of the fact that if he dies his fiance's life will automatically be sacrificed for the sake of resurrecting the MC. MC is getting a lot of valuable one of a kind treasures that gives him huge advantage over the enemies which seems very lucky. MC stupidly gives away treasures, he gave away a one of a kind invisible cloak that can hide both a persons visibility and aura from anyone to an unread minion of his ally for no justifiable reason. MC is on the run a lot and cloak should be useful to his survival. Unfortunately the MC's harem member are not useful anymore, three out of four have died and the last one is weak and doesn't even cultivate. The MC's main group were similar to terrorists provoking wars to gain power and influence. There are a lot of filler chapters which gets tiring such as prolonged war chapters without the MC's presence. <<less
7 Likes · Like Permalink | Report

Novel turned out to be a major disappointment. More than 30 chapters in a row and the MC hasn't even made an appearance. Out of 5 love interests 4 are already dead. MC not only hasn't met his child but also leaves him all alone even after the child's mother died. Don't expect a charming MC, he is as bland as they come even annoying side characters at times outshine him. Male or female, ugly or beautiful it doesn't matter he'll kill them in the same old way. MC's ally/subordinate... more>> also expresses wanting to r*pe MC's personal enemy after she is captured and MC has no problem with it. It's sickening that the MC would allow a third party to perform such a brutal act. MC is like " You try to kill me once then you are forever my enemy therefore I must kill you there is no two ways about it, there is no room for negotiation" The MC has ridiculous plot armor and the story is filled with nonsense. One of the worst MC 's and the novel is not something I'd read if I knew beforehand. <<less
7 Likes · Like Permalink | Report

Seems like a pretty normal xianxia, the authors not reinventing the wheel but he does a decent job overall. A lot of internal inconsistencies early on though, and the MC's disposition is off-putting to me, ... more>>
Spoiler

Even though the whole sect treats him like garbage and doesn't give him any way to cultivate once he does find a way to cultivate (and for some reason the sect STILL doesn't kill him) instead of planning any sort of revenge against the people who literally ripped his life apart, he just goes on and on about how he'll be a core disciple and they'll have to respect him

It's early days, yet so far so good. The novel seems to have a very descriptive and articulate writing style, and the plot seems to be heading in the right direction. Although this hasn't got many translations and is so far isn't that popular, I see it having a bright future. So please recommend this to others, so it can increase in popularity, as this well well worth a read!
4 Likes · Like Permalink | Report

Super bad. Not just because the translation is awkward, but there is also nothing really likable or entertaining about the story. The protagonist not only starts as a jerk (as opposed to slowly becoming one over time as is the norm for this), but is also a wholly nonsensical jerk who can't even manage to be entertaining.
1 Likes · Like Permalink | Report
Leave a Review (Guidelines)
You must be logged in to rate and post a review. Register an account to get started.

A Sojourn of a Transmigrated Housewife...