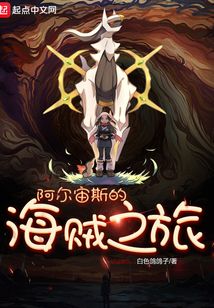 One entry per line
白色鸽鸽子

In the Great Age of Pirates, countless people rushed to the sea.

The person who obtained Arceus’ power arrived in this world as the new Arceus and got in touch with the Lunarian race.

Based on the reality that everything can be Mythical Zoan, the current him can also be called Mythical Zoan user.

Whether it is One Piece or Pirate King, it has nothing to do with him, all he wants to do is to retrieve the lost plates first.

During this process, he formed an alliance with Beasts Pirates, a famous pirate crew in the New World, and Mr. Kaido got his coveted Mythical Zoan Army.

When Pteranodon becomes Aerodactyl, when Brachiosaurus becomes Tropius, the combination of Pokémon and devil fruit powers will bring a whole new change to the world….

One entry per line
阿尔宙斯的海贼之旅

These are recommendation lists which contains Arceus’ Pirate Journey. You should give them a visit if you're looking for similar novels to read. Alternatively, you can also create your own list.
N/A

Caught up on the MTL, the novel itself is pretty slow paced in regards to plot progression. The MC takes a pretty large supporting role, as he creates Pokémon and then spreads over the world (but mainly Wano right now, he’s tied up with Kaido). Decent fun romp through the One Piece world, but it’s hard to see where the story will go, it seems the MC only really wants to collect his slates but no real concrete goal beyond that. Writing itself is pretty decent for fan fiction standards,... more>> and it’s fun to see how different events and characters play out because of the MC’d intervention. <<less
1 Likes · Like Permalink | Report
Advertisements
Leave a Review (Guidelines)
You must be logged in to rate and post a review. Register an account to get started.