Novel Updates
RegisterLogin
Theme
Search
Your changes has been saved.
Advertisements
Apostle of the Gods

Home >
Novel >
Apostle of the Gods 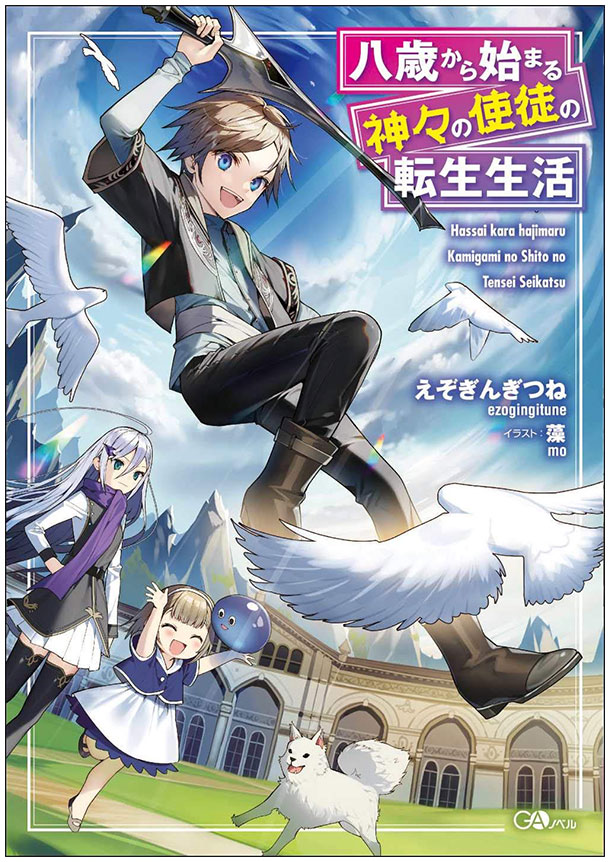 One entry per line
Mo
藻

Status in Country of Origin. One entry per line
110+ Chapters (Ongoing)

The one single goal in life of the Strongest Old Sage is to subjugate the Demon King. In an epic final battle, both of them met their mutual destruction at each other’s hands.

However, the Demon King was not completely destroyed!

In order to destroy the Demon King once and for all; post-death, the Old Sage trains in the World of Gods and reincarnates as the Apostle of the Gods, Will.

In the reincarnated future, the Old Sage had become a legend and his former disciples hold the supreme authority in the world. The disciples had created an organization to oppose the Demon King and an academy to nurture the new generation of Heroes.

Thus the Apostle of the Gods, Will (8 year old), enrols into that Academy of Heroes.

This is the story of a boy on a mission to save the world through epic battles while enjoying Academy life.

One entry per line
Apostle of the Gods, Starting Reincarnated Life at 8 Years Old
八歳から始まる神々の使徒の転生生活

These are recommendation lists which contains Apostle of the Gods. You should give them a visit if you're looking for similar novels to read. Alternatively, you can also create your own list.
More Lists >>>

I'm amazed I managed to read up to this point. It's so repetitive. Why would you need to say the same sentence again and again over 3 chapters. I thought it would just be a typical school power fantasy but no, it smashes all of my expectations and not in a good way. If I could give this a minus rating I would.
3 Likes · Like Permalink | Report

this novel is full of cliches, no humor. The naive MC was just a machine for 'saving the world'. It follows the typical reincarnation patterns where MC was overpowered from the start. The one star is given to recognize the translators' effort
3 Likes · Like Permalink | Report

For a moment there I thought I was reading a CN. I was surprised. Though it quickly degrades to a slightly beta novel where the Japanese then becomes evident. Still, I consider this the best Teacher/Sage JP Novel. The others are random while this one is at least properly organized and has a plot.
Spoiler
Spoiler

I'm truly impressed by Xenovia and Arti. They're the best characters in this series since they feel more alive than others. The intelligence both have shown truly impressed me. I still really think the MC should behave his mental age though, at times he does and behaves like the old grandpa taking care of them, but the girls obviously don't perceive it as that. As much as I dislike the idea of dating your disciple I do think MC should get with Xenovia IF there's Romance in the future. I only say this because MC being with a Junior is really weird. If there's a 'queen', it shouldn't be the grand disciples but disciple.. As it'd make more sense within the seniority/hierarchy.

[collapse]
[These are just my thoughts, there's no confirm the romance, no spoilers at all just the name of the characters but you already know how JP Novels are so.. A harem with no romance? Please like that'd ever happen Lol. So I hope the Romance is good, though one can't trust Romance's like these..] As a Japanese Webnovel, I won't be too hard on this since it already pass-decent compared to other WNs. This is a better version of: Bu ni Mi wo Sasagete Shikkaku Mon no Saikyou Kenja World Teacher Slime Tensei. Daikenja ga Youjo For once a proper teacher novel is out there (I think for now as things can possibly change later in this novel)
2 Likes · Like Permalink | Report
Leave a Review (Guidelines)
You must be logged in to rate and post a review. Register an account to get started.

The Envoy Of Darkness
Advertisements