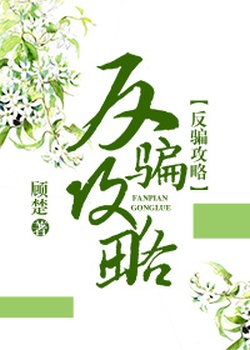 One entry per line
顾楚

Status in Country of Origin. One entry per line
103 Chapters (Completed)

Ever since an NPC named Shu ChunChun, had been taken advantage of and used carelessly by the world-hoppers, awakened her consciousness, she knew that the only way to drive out the world-hoppers was to make them fall for her, HARD.

One entry per line
反骗攻略(快穿)

These are recommendation lists which contains Anti-Cheater Strategies. You should give them a visit if you're looking for similar novels to read. Alternatively, you can also create your own list.
More Lists >>>

This novel is rare for its plot line. In all honesty, I have mixed feelings about the ending. ... more>>
Spoiler

ChunChun no doubts meets all the raiders in the last arc. I was surprised when Tang Gu came out of nowhere, just to have Su Bai pop up too. Then everyone started to show up, I wanted to see a few more interactions with the raiders. But instead, it leaves off as she continues to use her system to pass her life idly and watch the drama as a supporting character as she always does once she receives her system. (She does not raid, but just passes by.) But then Zhou Di makes an appearance and I don't know my existence in life anymore after reading those last few sentences.

[collapse]
I honestly say give this a try. <<less
2 Likes · Like Permalink | Report

This is great, unique and interesting entertaining QT novel. I enjoying reading this gem. The MC is like MC from sinister ex girlfriend who act as white lotus, is actually cold. She was NPC female protagonist who awakened consciousness and gained self-cognitive after been betray or use by the world hopper who also reveal that MC was just a data. Knowing that she was regard as data or npc by world hoppers. She resented world hoppers who come and go and think they can manipulate her however they want as... more>> a stream of data. So her revenge is to make them fail their missions. Each arcs is so satisfying and sweet, funny how each world hopper fall for MC and failed their mission. Also this novel is From same author Of Seeking Good Temptation. MC act as white lotus like MC from SGT. <<less
13 Likes · Like Permalink | Report

There's nothing wrong with the novel, but I feel so bad for the world hoppers. The MC basically sends them to hell for a reason I can't accept. Sure they trick the feelings of these programmed characters, but the MC does even worse. She is conscious that the world hoppers are real people, and she makes them fall in love with her (which is against the rules so they get punished) anyway. She doesn't care about her fellow programmed characters either. What justifies her actions?
11 Likes · Like Permalink | Report

Very entertaining novel. I have read all system related, female MC novels here and with MGCH as one of my fav, I was looking for a Female Lead that was actively seducing the male characters to fall in love without falling in love herself. Seeking Good Temptations was a very well written novel that satisfied my demands, so I came here to read this one that was from the same author. You might get confused in the first chapter because the settings are actually a bit different, there are world hoppers who... more>> transmigrate most likely in a second male lead, who basically have one main mission (which is most probably make the main couple happy) and a side mission which is to conquer the heart of the female lead. She pay them back by seducing them. Most people might feel that she is cold hearted and bad but actually there is a reason for her actions and you will slowly understand as the arcs continue. Each arc has its own uniqueness, its not just the world that is different, but sometimes the male lead is a transmigrator, other times there is more than one world hopper etc. So it is a very interesting read, I just really enjoyed reading her seduction strategies for each different type of male character so it was very interesting. I would recommend this novel to all those who are tired of a weak, dumb or senseless female lead and super powerful male leads. Here the FM dominates the whole novel and no male character is able to restrain here. Also I would recommend to read Seeking Good Temptations if you liked this one because even in that novel the seduction techniques are applied pretty smoothly in a different type of setting. All in all. Thank you translator for choosing this novel and thank you author for writing such amazing two system novels! I binge read them and enjoyed them a lot in the midst of all those system novels. These two are also a lot shorted so you will be able reach a satisfying conclusion very early (around 100 chapters). Recommended! <<less
9 Likes · Like Permalink | Report

I absolutely love this novel! While reading Seeking Good Temptations, written by the same author, I had believed nothing could outdo it... until I stumbled upon this gem. I love how the female lead is intelligent and cunning but innocent and pure on the outside; the yandere male leads are what drove me to love Seeking Good Temptations, so of course I thoroughly enjoy the ones in Anti Cheater Strategies as well. Recommend to anyone who likes obsessive, yandere male lead stories where the female protagonist actually had a brain.
2 Likes · Like Permalink | Report

Its very interesting, and quite insightful. ... more>>
Spoiler

As said in the other comments, MC was NPC female protagonist who awakened consciousness and gained self-cognitive.

Its interesting how she stays in her role as is while manipulating the raiders along with the other NPCs in the world shes in.

Also, its quite interesting that when you starts sympathizing with the raiders, you will be pulled back.

(Like, with the 2nd arc, MC was stabbed, the Raider was crying because MC was dying saying shes the only one he has now and begging her not to die. I was starting to pity the raiders.

But then MC thought to herself, When she fell in love with the raiders, it seems to be the same. The useless begging and she can only watch them leave, while she was left with a broken heart.

If you're hoping for a real romance, skip this. All the MLs fall for FL, but she doesn't actually care about any of them. I'm not rating this story because it's not my thing, but potential readers should set their expectations.
1 Likes · Like Permalink | Report

i read the authors previous novel, loved it-unfortunately cant say the same about this one. its not that the story is not written well but that this kind of plot is not to my tastes. the concept is really interesting but I don't understand the point of it.I guess what puts me off is that there isn't a ML in this book?IDK... it seems so?I'm not sure.....i havent read far enough to conclude this but all the reviews below do not mention a ML.... unless it's those raiders???? honestly I did complete one... more>> arc, but I have no motivation to continue on towards the others. I might come back to this story later but for now im not feeling it. AGAIN THIS IS DUE TO MY PERSONAL TASTES NOT THAT THE AUTHOR HAS WRITTEN IT POORLY. P.S it seems easy to MTL it! *** i skipped through a bit to the ending.... hmmm I have to admit it seems like an eventful adventure.... lol there really isn't a ML but countless ML'S..... lol... can it be considered a reverse harem towards the end????? also I dont get it she loathes those raiders for manipulating her, but she herself becomes the raider?????? <<less
0 Likes · Like Permalink | Report
Leave a Review (Guidelines)
You must be logged in to rate and post a review. Register an account to get started.

Samantha Rye and the Magic Girl...