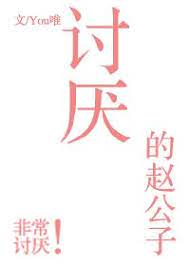 Status in Country of Origin. One entry per line
26 Chapters (Completed)

The fact that I like men is something that the whole town knows, because my boyfriend is Zhao Gongzi.

Zhao Gongzi, who is the mayor’s grandson, Gangster leader Master Zhao Si’s son and Warlord General Huo’s little brother-in-law. The Zhao Gongzi who is, in name, my adopted brother, since I was taken in by Master Zhao Si . The reason I was adopted and wasn’t simply a servant is because of Zhao Gongzi. He needed someone to accompany him at school, and I filled that role till I was 18. Then, after I had graduated and Zhao Gongzi had completed school without graduating, we slept together–that is to say, he f*cked me.

Before I turned 18, I was always confused as to why he treated me so nicely, and I finally got the answer. I also lost something with that knowledge.

I said nothing, you all heard nothing.

These are recommendation lists which contains Annoying Zhao Gongzi. You should give them a visit if you're looking for similar novels to read. Alternatively, you can also create your own list.
More Lists >>>

Translator here (so perhaps there will be a bias) ! This is another Yourwei novel, and I quite like it (not as much as FRYG, but it is quite good as well.. perhaps my 5th fav Yourwei novel--out of like, 16) I said before, but my recent projects are all tsundere ML and/or mc's so. People who don't like CC from Sewing Machine's Love story might not like this too. The ML is abrasive and a bit eccentric, but he is very in love with the MC. This is more of an... more>> episodic, low on plot short story, but it shows us the lives of two people who are interesting. Though, since it's a Yourwei novel, I did cry when I read some parts. Again, the angst is not focused on dog-blood, but more on internal difficulties such as self-esteem issues and others.
Spoiler

As for how I perceive the two's relationship, it really is how the author put it on the summary page. This is a comedy of miscommunication.

The way I see it, is that they both see each other as needing the other's protection, and see the other as cute and a fool (cute morons...). And they're both wrong and right. Zhao Gongzi thinks that MC needs his protection and stuff, and that he's be hopeless without him (cowardly, alone, pitiful, clumsy, easy to take advantage of by others, likes being proper, etc). And the MC loves teasing Zhao Gongzi, sees him as a spoiled young master, who keeps getting scammed out of money, who has (basically) no friends, who's dumb (academically), etc, etc. And those are indeed parts of them, but when they are alone they are both quite capable and smart +knows more than they let on

They both like to provide for each other and protect each other.

Qiu Yixin (MC) likes to tease Zhao Gongzi and Zhao Gongzi likes to.... gruffly shout his worry and concern and be teased (I mean... his temper is 'short'... but it's really actually pretty good? In a strange way he doesn't exactly get actually too angry and is always keeps it together?? He just has brief, daily bursts of temper like little wisps of hot steam. But he never boils over.

Qiu Yixin really really likes teasing Zhao Gongzi hhhh. And being dramatic, under a guise of gentlemanly cool. And it's only with Zhao Gongzi that he can let go and be childish, be mean, be impolite...

As a servant and orphan that was basically a bought and sold s*ave that exchanged hands, Yixin had to always be well behaved and 'know his place'. But with Zhao Long, he doesn't need to care about that (mostly) and is (relatively) secure in the knowledge that Zhao Long will always love him and want him by his side.

[collapse]
**will add more, especially when more is tled and posted to avoid spoilers <<less
14 Likes · Like Permalink | Report

Reading this made me incredibly uncomfortable. I don’t understand how this could be described as cute when it’s written like this. The male lead literally said he would whip the MC way too many times to count. Ehhh (c" ತ, _ತ)
4 Likes · Like Permalink | Report

Omg, this is too funny. Definitely recommended for comedy lovers (tho, it's definitely not just pure comedy--I see the translator also say smt about there being sad parts to it--it hasn't happened yet, but from what I can tell, the story sets itself up pretty well early on for when it does). The story starts with the MC and ML already in an established relationship and living together. The MC and ML have an interesting dynamic, to be sure, and both are very interesting characters. They have kind of a cat-dog... more>> type relationship, in which the MC reminds me of a one of those persnickety housewives who act very put-upon and find a secret sort of joy in complaining about and needling their husbands. Meanwhile, the ML is the hot-headed school boss-type who always ends up getting played by the MC (a rather refreshing take for an ML, considering the genre). But both clearly have problems in communication. Because of their personalities and how they interact, you have to read in between the lines to find the real sense of how they actually feel towards each other (they're both the type to show their feelings through their actions instead of their words--they remind me of one of those old-fashioned Asian couple, which considering this is in the time period of the early 1900s, makes sense). Since it's all from the MC's POV, and he's definitely super biased, it's hard to completely grasp everything that's going on, or at least, sometimes it's very clear that we're only seeing parts of the scenes and not the full picture. And since these chapters are told in an episodic manner, the backstory and the setting are given in bits and pieces each chapter to slowly fit everything together for a clearer picture of the characters and their situation. Part of the fun in reading this is to see how the 2 got together and if they ever actually become honest about their feelings (both to themselves and to each other) and even whether they can make their relationship last (especially considering both of their personalities). And the translation is excellent too! The translator does an amazing job with the footnotes and explaining a lot of the phrases in a way that makes things easier to understand for English-speakers. <<less
3 Likes · Like Permalink | Report
Leave a Review (Guidelines)
You must be logged in to rate and post a review. Register an account to get started.