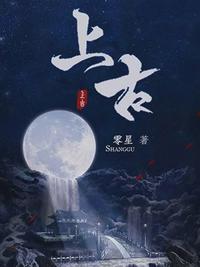 When a mortal encounters difficulties and separation in life, he can resort to praying to the god and to the Buddha – but what if one is an immortal?

She lost the memories she had of the three hundred years before the Catastrophe of Chaos occurred, which caused her to forget the love that was buried deep in her heart.

Now, in the desolation of the Nine provinces and the loneliness of the Three Realms, she was the only figure standing on Gan Kun Platform.

She owes him so much more than one hundred and thirty thousand years. She is indebted to him for more than three lifetimes.

This time, she would be the one waiting for him to return. Even if millions of years pass, she would never, ever leave.

These are recommendation lists which contains Ancient God. You should give them a visit if you're looking for similar novels to read. Alternatively, you can also create your own list.
More Lists >>>

found out about this masterpiece from the drama adaptation. As expected, the novel is waaay better than the drama; I could tolerate many 'small' details they changed/ added in order to make the drama more 'dramatic', but it's a shame that they had to change shanggu's and bai jue's personalities so much. a little spoiler! Shanggu in the novel is a powerful and arrogant goddess unlike the crying chief god in the drama, which would make the perfect sense since she's the ruler above all realms while bai jue is more... more>> decisive and cold-hearted. It's only in the novel can you feel and understand what it really means for them to be 'true gods'. Go read it right now!!! <<less
11 Likes · Like Permalink | Report

I would love to thank the author for writing such a beautiful masterpiece. I found out about this novel through its drama adaptation (Ancient Love Poetry), and I immediately fell in love with it. its hard to find a good xianxia romance that I like (there are currently like- 3, and this is my favourite), so I really really really really really recommend this. there are no plot holes. things are elaborated clearly. the story is very well written. the number of chapters dont exceed 100 so I finished in in... more>> 2 days. i searched for the raws and mtled it using google translate (cause I hate reading chinese, I cant speed read), so I dont quite understand the technical terms of the world, but from what I can tell from the raws, the world building is magnificent (id give it a 6 star out of a 5 if I could). though, one thing I should warn you is that this novel is very angsty. emphasise on very. from the start, it wasnt all that angsty, but I could tell that the later parts would be sad. and gods, did I predict it correctly.
Spoiler

it all went angst when houchi (shenggu) tried to resurrect bai xiao? (I forgot his name so I think? this is his name?)

[collapse]
yes and the character I love the most is bai jue. I cried reading his part and the amount he sacrificed and did just for sheng gu is impossible for anyone to do. it brought me to tears. hes 100% angst so look out for him. however, I really love the side characters too. though id like to know more about their background (id love to read their side stories if they existed), I thought that they were elaborated really well and had enough depth and personality to allow me to love them as not some side character, but an actual character who is not meant to only support the mc's. if I could, id rate this novel 10 stars, but unfortunately, the limit is five;-;. yes, for people who love angst, this is for you. personally I love angst, so this is my cup of tea. for those who dont like angst, try reading this to get out of your comfort zone. istg, this is the first novel out of hundreds that could have made me cry a river (i dont get emotional much). given that I used google translate to read this, and I cried- so much, this can say a lot about it. it has totally exceeded my original expectations. anyway, have a great read❤️❤️❤️ p.s. pls write a review here if you can once youve read this novel... there are only 2 here, including mine <<less
9 Likes · Like Permalink | Report

Firstly, I would like to thank the translator for her time and hard work. Thanks to her, I got a chance to read this good novel. Well, for the review, if you are a type of reader who likes Xianxia romance, this is one of a must-reads! I have finished till chapter 12 of the translation. It hasn't failed my expectations. It gives me the same satisfying, heart-warming and heart-touching feeling as the novels of TMOB, ELOD, AOL and TJOF does. One of the best Xianxia romance!!❤️❤️
8 Likes · Like Permalink | Report

Absolutely work of art. I really cannot wait to read more. I also want to thank the translation team and author for this gift. Thank you and fighting 💜 💖 ❤
4 Likes · Like Permalink | Report

No words to explain how much this story is heart touching.I would like to thank the author for such soulful amazing unique love story. If it is a fantasy but I insanely love with this story. Best of luck to the author.. From Sri Lanka-
4 Likes · Like Permalink | Report

I can't put in words how much I like it, this storyline is so emotional, the characters are very well developed, I read the whole thing in two days and couldn't stop until I finished. If you like emotional rollercoasters with painful love, give it a go.
4 Likes · Like Permalink | Report

Thank you very much for the work of translating the novel, and I saw it was still ongoing. The drama would end in a week more for fast track, and it seemed the translatation was still speeding up. But anyway thank you. ... more>>
Spoiler

I am really fond of with the character Shang Gu here which still pure, sincere, strong, brave female character and remained with her awareness hopefully till the end (4 eps to go to finish). I just hope it would have a happy ending, at least for Shanggu with Yuan Qi/ her son. NO hope to reunite with Bai Jue though, he became a very bad character in his third life.

At first I liked Bai Jue's character, eventhough he was s*upid or making such dummy mistakes but he redeemed himself. His second life as Qing Mu was best as a male character in romance drama (I thought it was the outcome of his redemption). However in his third life as Bai Jue he became very very evil, his s*upidity was far worse than in his first life. All kind of evil things he had done, betrayal, hypocrite, lies, collusion, injustice, unnecessary killing, including eternal s*upidity that cost his third life as karma. Still waiting for his fourth life though...

Well the plot was very interesting, I really thank the author who made a strong, brave, sincere and caring Shanggu character. SUPER awesome.

The MC just frustrates me. She's weak- and she knows this- yet she causes trouble wherever she goes. ... more>>
Spoiler

I've read up to the bit where she needs the three treasures that respectively support the Human Realm, Heavenly Realm and Demon Realm to revive Bo Xuan.

She knows that she's not strong and that there's no way for her to accomplish that, yet she's planning to get them. Does she not realise that it'll end up with Feng Ran, Qing Mu and her father having to support her?

[collapse]
I just don't understand how someone can be that ignorant and not think things through. She only realises when someone close to her gets hurt. At which point, she'll lament about how powerless she is. Maybe there'll be some character development in the future but right now, I don't think it's worth the effort of MTL'ing it. <<less
1 Likes · Like Permalink | Report

The book is great, has more detail and definitely adds to the drama (ancient love poetry). Would recommend this to readers who enjoy Xian xia. Read 20 chapters in 4 days. Looking forward to more chapters. Also, thank you blizzardahm for the translations. &Lt;3
0 Likes · Like Permalink | Report
Advertisements
Leave a Review (Guidelines)
You must be logged in to rate and post a review. Register an account to get started.

The Goddess Needs A Break!
Advertisements