Novel Updates
RegisterLogin
Theme
Search
Your changes has been saved.
Advertisements
An S-ranked Party’s Burden Tamer, I Awoke My True Power by Having My Familiar Killed ~The Exiled Tamer is Actually the Only Necromancer in the World. Unknowingly Becoming the Strongest While Enjoying this Excess Power~

Home >
Novel >
An S-ranked Party’s Burden Tamer, I Awoke My True Power by Having My Familiar Killed ~The Exiled Tamer is Actually the Only Necromancer in the World. Unknowingly Becoming the Strongest While Enjoying this Excess Power~ 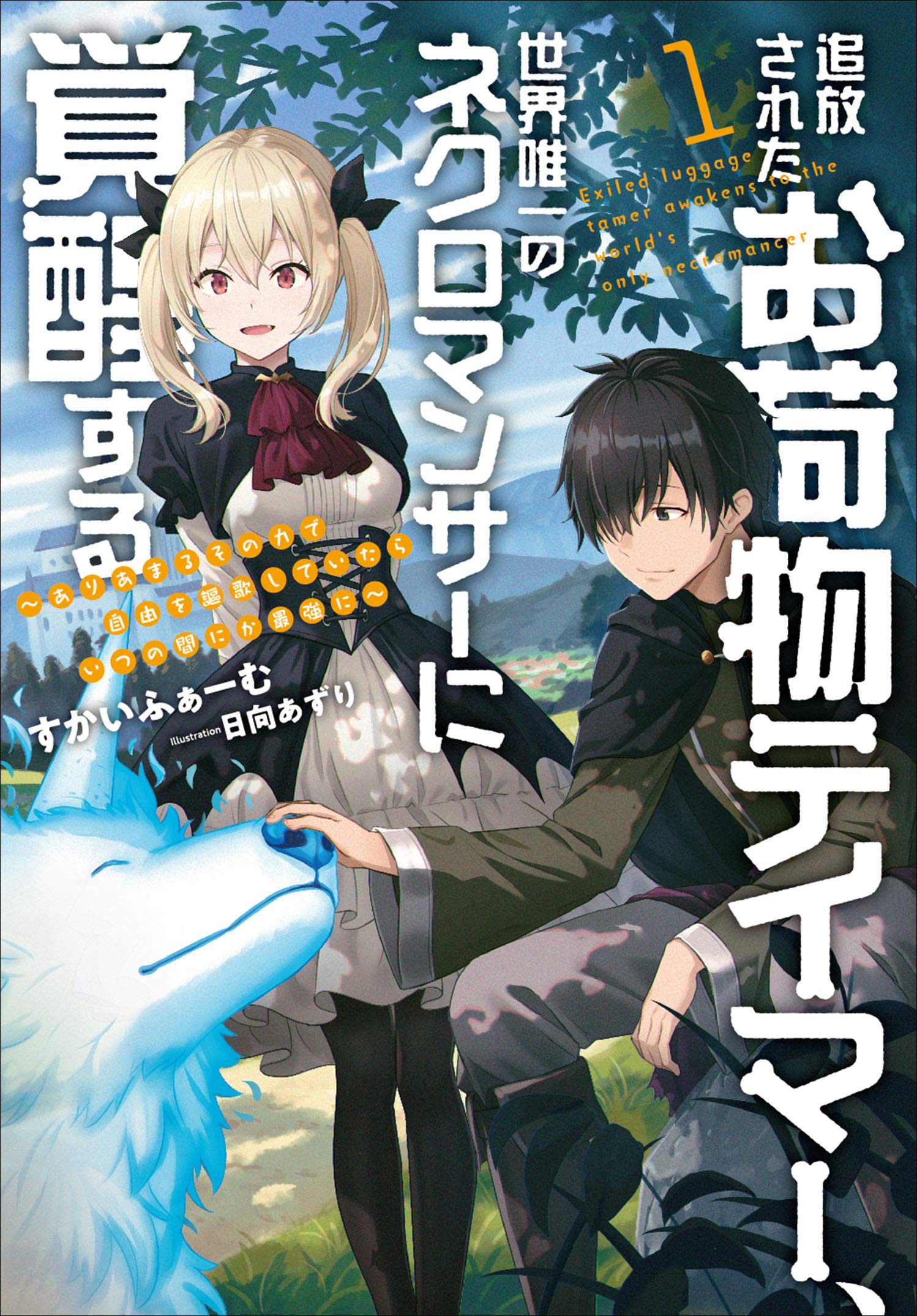 One entry per line
Skyfarm
すかいふぁーむ

Recon, mapping, carrying baggage, cooking, keeping watch, taking blows… even while doing all these things, the tamer, Randall, is called a burden and useless by his party members.

Randall belongs to an S-ranked party, the strongest and most well-known in the land.

Excellent at both attacking and defending, while also guiding the party as its charismatic leader, the swordsman Feydeau.

The genius magician who graduated top of her class from the greatest magic academy in the country, Mayle.

A famous head priest while also being the youngest saint of miracles, Quella.

Showing extraordinary drive and teamwork while surpassing their original capabilities, they immediately became some of the most famous names in the country, expected as the stars of the guild to continue their heroic actions.

On the other hand, Randall was ridiculed as a burden who was only in the party because he was Feydeau’s childhood friend. The party’s dissatisfaction was all focused on Randall.

But the abnormal tamer named Randall is actually gaining influence around the world…?

Unappreciated by his fellow party members, scapegoated by them and pushed away, the story of revenge as he becomes the strongest necromancer and unlocks his true power.

Starting a New Life for the Discarded All-Rounder (1)
My 【Repair】Skill Became an Almighty Cheat Skill, So I Thought I’d Open Up a Weapon Shop (1)
Munou To Yobareta Ore, Yottsu No Chikara Wo Eru (1)
The Cave King Will Live a Paradise Life -Becoming the Strongest With the Mining Skill?- (1)
The Daily Life of the Late Bloomer Tamer (1)

These are recommendation lists which contains An S-ranked Party’s Burden Tamer, I Awoke My True Power by Having My Familiar Killed ~The Exiled Tamer is Actually the Only Necromancer in the World. Unknowingly Becoming the Strongest While Enjoying this Excess Power~. You should give them a visit if you're looking for similar novels to read. Alternatively, you can also create your own list.
More Lists >>>

Don't buy into the hater ratings. It's still too early to complain about this. From what I've read so far, this series has potential and the English translation reads well. This is one of those underestimated protagonist stories where the guy doing all the important little things goes unappreciated, gets kicked out, abandoned, and left for dead only to receive a massive power up that leaves his abusive former companions in the dust.... more>> Looks like there's some justice p*rn in the early chapters: He's not out for revenge, but they'll face the consequences of their actions when he turns up alive and their deeds are exposed. To rub salt into the wounds, they'll also have to live with the fact they just threw out their greatest potential only to get overshadowed by him. Through their selfishness, they just gave up their best shot at success. That aside, it seems well-written and well-translated and will likely be a better read than other similar stories. I, for one, like it. But if karma and strong protagonists not your thing, just skip it rather than hating on it over your own preferences and biases. <<less
14 Likes · Like Permalink | Report

I don't really see where all the 1 star ratings are coming from. I guess its because this novel is the typical weak MC gets abandoned by strong former teammates then becomes stronger than them after a near death experience type of novel. If you don't like that kind of stuff then I understand not reading it but giving a 1 star because of that is rather silly. All of that being said I am only giving it 3 stars because while I like these types of novels it doesn't... more>> do anything new or have an actual plot. Of course that could change since it's only been translated up to c11 but so far the novel is pretty bland and doesn't have any unique aspects to it. <<less
5 Likes · Like Permalink | Report

Nothing new here but it is actually quite fun for a fast read. And since the revenge thing seems to be settled quite early, I'm quite curious on where will the novel be headed after this. Although, I would say the only problem with this novel would be the short chapters. Probably a good idea to let it build up first...
3 Likes · Like Permalink | Report

Good light read, chapters at somewhat short but pacing and potential make up for it. I don't understand where all the negative reviews are coming from. Its too early in the story to complain. Though some may not like the weak MC being bullied at the start this does not occur for too long and the MC quickly takes revenge.
2 Likes · Like Permalink | Report

Meh. - I've read a lot of these kinds of novels where MC is neglected because he is weak (which he actually is), gets kicked out and miraculously getting OP powers. - its not that bad, the idea is interesting but the story itself is pretty light hearted, it doesn't give you any special vibes ow whatnot. - 'Kicked out of the heroes party i've decided to live a quiet life in the frontier is better in my regard.
0 Likes · Like Permalink | Report

After reading it to chapter 20, I'm a little disappointed. The MC gets left for dead and then miraculously powers up, gets 'revenge' although he tried to be kind, gets elevated to S rank and starts gaining outrageous skills. I ended reading at that point since the whole story starts unravelling as we only see unrealistic situations occur, the guild bending over backwards to screw over the old party, and the lamest S Rank test I have ever read. The story ends up being a dry record of actions and... more>> conversations, bereft of any excitement. The author needs a bit more time to polish up the story, but since this is a translated work that's probably not going to happen. I'm going to go reread NEET at hello work to cleanse my soul. <<less
0 Likes · Like Permalink | Report

I kinda like the pacing on this story. It's fast but doesn't skim over important plot points and doesn't gloss over characterizations, you can clearly see the personalities of the people involved, this is very rare to accomplish with such short chapters. There is very good world building even if it's fuzzy you don't really need the gritty details to understand and appreciate the story and the plot development. Even if it's developing amazingly fast you don't feel like the author is rushing things because of this, you can make inflections of the... more>> world and the people involved without needing an overly complex explanation of them. I don't think I'll put stars just yet because it's just chapter 22 but I am really enjoying the story. <<less
0 Likes · Like Permalink | Report
Advertisements
Leave a Review (Guidelines)
You must be logged in to rate and post a review. Register an account to get started.