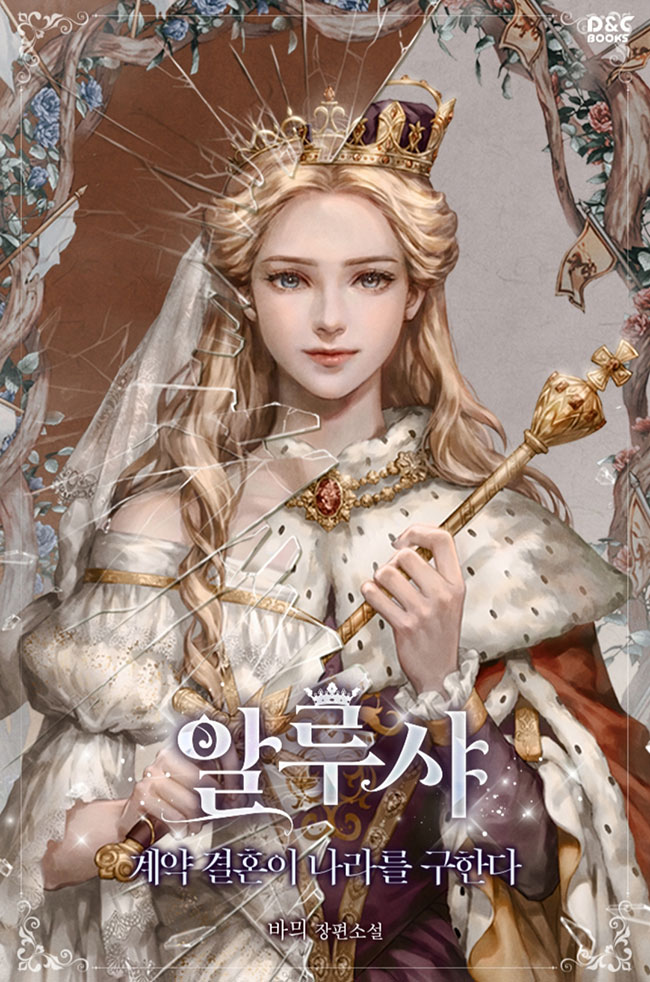 One entry per line
바믜

Status in Country of Origin. One entry per line
114 Chapters (Ongoing)

Alusha, the princess of a fallen kingdom, had an unwanted marriage with the emperor, the conqueror.

And then one day she found out that the Emperor was the one who killed her parents and her child.

Her only wish was to avenge them.

While she repeats her life five times for revenge, she finds out that she cannot achieve her will alone, and goes to the Duke of Kalad, who shares the same goal as her.

“Let’s hear about what the Princess thinks.”

“As I said before, I intend to marry the Duke.”

Alusha, who became a contracted couple with Kalad, used the information from her past life to become a celebrity leading the empire’s fashion.

“The dress Alusha wore, where did you say she bought it?”

“Give me all the fabric Alusha bought!”

In addition, she took possession of all the commercial rights of the empire.

Alusha, who received wealth, honor, jealousy, and praise from the nobility of the Empire.

Will she ever regain her country?

Duke, Please Stop Because it Hurts (1)
His Highness’ Secret Accountant (1)
I’ll Quit as The Empress (1)

These are recommendation lists which contains Alusha: Contractual Marriage That Saves The Country. You should give them a visit if you're looking for similar novels to read. Alternatively, you can also create your own list.
More Lists >>>

Looooove so far! I really suggest you read it! I like that the MC isn't completely normal after transmigraring into the past and shows a bit of insanity.
1 Likes · Like Permalink | Report
Leave a Review (Guidelines)
You must be logged in to rate and post a review. Register an account to get started.