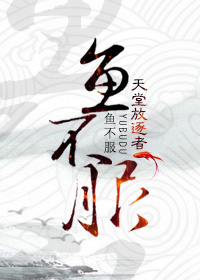 Status in Country of Origin. One entry per line
359 chapters (completed)

The protagonist Mo Li is a legendary doctor with unparalleled skills. He has a secret: in fact, he’s actually a fish sprite that has attained human form. Wishing to find similar companions, he has travelled all over the world in search for them – but, besides him, other fairy folk simply do not exist! Though he did not manage to find any comrades, however he often got unjustly implicated in the troublesome affairs of others.

These are recommendation lists which contains Aggrieved Fish Sprite. You should give them a visit if you're looking for similar novels to read. Alternatively, you can also create your own list.
More Lists >>>

It's very interesting! Aggrieved Fish Sprite offer something different than the usual Chinese fantasy for BL genre, which mostly make me bored and quit early (then searching for spoiler thread lol). Compare it with the same genre I read quickly in the past, if you yearn for straight-to-romance-to-ppp, maybe it's not for you. It has calming story telling, slow pace, but slowly explains the world builds around the protagonist. It always gives an unique point of view about human superstition from the spirit being itself, and how Mo Li, who maybe... more>> just brought up as human with more common sense, watching humans goes silly. The background story is also quite complex, political intrigue of the current and the past dynasty, whispered either as fact or rumors from mouth to mouth and mysteries we could connect dot to dot. Ever since Mo Li agree to accept Meng Qi as his patient, he's unwittingly dragged by the troublesome affairs of others. Mo Li is a
Spoiler

[collapse]
of Qi Mao mountain, believed he was a fish sprites at first. As spiritual beings, he's more than aware than he is fated to be lonely as his human companions will start dying one by one. He goes on journey after several incidents and approached by a man rumored as a crazy man who slaughtered people... Meng Qi claimed to be sick, sometimes goes mad and kills everything on his sight, and lost most of his memories. He intended to meet Qin Lu to be cured, but asks Mo Li, the disciples instead. Worrying about his peaceful hometown and his elderly master, Mo Li decided to took Meng Qi as his patient and traveling together. One by one they come across problematic encounters and meetings, opening Mo Li's eyes about the world outside his poor yet small county with kind people. Each incidents triggers Meng Qi's random and weird memories, which Mo Li thinks very inhuman.
Spoiler

Meng Qi also known by people in the past as Meng Guoshi, a minister/state teacher from the past fallen dynasty who logically should not looks that young anymore (if he's normal human, he should be 87 years old). After some time, Mo Li is sure Meng Qi is Tanjiang Mountain's dragon's vein and without telling him why, asks him to go with him to the capital, located at Tanjiang Mountain. Mo Li also hoping to find another dragon's veins, and curious about his own race.

Things I found interesting/cute/funny (if my memories not wrong) (SPOILER warning) :

[collapse]
Some things to consider about me as reviewer:
Spoiler

I actually not too fond with BL. It's just I reaaally yearn for wuxia/xianxia atmosphere and rarely found it here (mostly really romance-based story (it's not that this novel is not romance based but you get what I mean)). Chinese fantasy BL occupy most of the genre even more than HL, but even with that they rarely focus on world building, just another transmigrated man fated to be pushed down by his disciple/martial arts sibling/random ppl turns out demon lord, and something that somehow makes you think 'so when will they do papapa?'. Not to mention the general fantasy where protagonist is totally not OP at all~

[collapse]
I got the feelings of Chinese old times fantasy I yearn from this novel. The romance is cute too (in its own, subtle, way). Go Read It! Note: Will fix the grammar later. Some things maybe wrong, I'm not remember all scenes with details, sorry. <<less
7 Likes · Like Permalink | Report

Only one chapter is out but so far the premise is interesting and original. Mo Li is a sprite who became human and he tries to help the other beings around the mountain cultivate to human form, (maybe so he can have a friend?). He is strong enough to fight of thugs who try to steal from him. Hopefully this story continues to update.
3 Likes · Like Permalink | Report
Leave a Review (Guidelines)
You must be logged in to rate and post a review. Register an account to get started.