Novel Updates
RegisterLogin
Theme
Search
Your changes has been saved.
Advertisements
After Waking up I Found Love

Home >
Novel >
After Waking up I Found Love 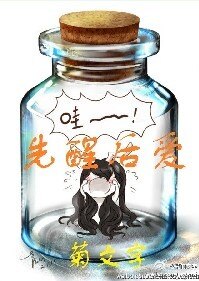 One entry per line
菊文字

Status in Country of Origin. One entry per line
39 Chapters (Complete)

Jingxing, a pure-hearted gentleman, just drank a little wine, and accidentally fell over from the top floor. He woke up to find his small pee-pee wasn’t there.

He turned into a she!

After some considerations, Jing Xing decided to start a magnificent new life with Lin Jingwei’s new identity and gender!

(Jing Xing said, “I will definitely beat him after I have money!”)

One entry per line
先醒后爱

These are recommendation lists which contains After Waking up I Found Love. You should give them a visit if you're looking for similar novels to read. Alternatively, you can also create your own list.
More Lists >>>

Looks promising...I was always looking for gender bender straight romance (male-> female conversion) thankssss for picking it up!!!!!!! Sounds like Reborn as my love rivals wife~
11 Likes · Like Permalink | Report

It was funny and then the ended kinda abrupt imo and tbh, there's barely chemistry between them, and reading thru the extras, I still don't get how they got together, it felt like the author just wanted to end it quickly and dropped a few extras to make it up. Like there's barely any indication of affection or something remotely indicating love, although the extras indicate there being some 'vinegar' at times, it feels unbelievable to an extent because the reactions are different than what a bickering couple imo. It's like they... more>> are constantly fighting all the time as if they were rivals rather than lovers, and even if there are rivals to lovers situation, it's not like the way there are with zero indication except in the extras with the vinegar flying around, therefore it's abrupt and unbelievable to me. 3 stars is because it was pretty good and funny until the abrupt cliff-like end.
Spoiler

Because MC abruptly found out that his father was actually his mother and ML was his original body's half brother and then BAM END with a clue as to hint that MC got pregnant because of that drunken mistake and ML still treating her like a rival cuz he kicked her and asked if she ate something bad, =_=???.

Then onto extras that indicated they got together and have a child but act more like siblings/rivals than lovers still until the vinegar inducing situation that gets them into a physical fight it seems or maybe I'm just missing the hints because it indicated they were fighting with the hair pulling and slapping descriptions or w/e but the friend thought they were doing it in the car on the outside view.

[The situation was MC still retained his preference of beautiful women with an hourglass-like body, and ML wanted to prove he can pick up women like that easily, then MC calling out ML's status as the father of his child to make the woman hate ML (I think it's because he's mad that ML proved him wrong rather than jealousy imo, MC used to be a player.)

That's why it feels like they don't7' actually have that kind of feeling for each other despite at one point in the novel ML realized he 'love' her but was in denial, and he didn't treat her any differently after this so-called revelation.

IT MAY NOT BE PERFECT BUT- this is so freaking funny and sad at the same time hahahhaahhahaha. Like, girl just enjoy the story okay. Most of the time ot doesnt make sense but we cant do anything about it. I assure you that at the end you'll laugh so hard all the nonsensical situation from previous chapter wont bother your mind
8 Likes · Like Permalink | Report

This story is funny af. But I had to take 2 stars off because that ending was disturbing. It went south in the last 5 chapters.
Spoiler

Lin Jingwei found out that Ji Peichan was her biological half brother.

The base of the story is good even it’s silly but kinda fun. But the ending is a mess? But if you look at it as a comedic point of view that went beyond logic is kinda goes alright. Tq
3 Likes · Like Permalink | Report

What a wild ride, especially the ending. Hilarious too - I found myself laughing out loud a number of times. Although, buyer beware, it's more of a comedy than a romance. There's very little of the latter.
3 Likes · Like Permalink | Report

What an odd story. I took two stars off for the ending. It’s one thing to have a controversial plot twist ending, it’s another to make the characters suddenly mentally handicapped. Not to mention plugging a random mystery reveal as well as a time skip into the confusion. If you are going to do something like introduce a change multiple character settings to introduce an incest element while trying to keep the main relationship, don’t sabotage the rest of the ending while you are at it.
Honestly, it would have made... more>> more sense if:
Spoiler

The new body was the ML’s half sister rather than making the MC’s original father his mother. Plus, wouldn’t MC’s father being able to give birth have made an actual relationship between the previous generation possible? It seems like something the dad would be overjoyed about rather than running away because it’s ‘abnormal’. Especially considering the same dude literally encourages his two sons to marry each other.

Seriously?! What did I just read? After reading a good gender bender novel, tho I didn't expect that much.., still I thought that it would give me some satisfaction or a good feeling after reading it, and yet.. (ノ｀Д´) ノ彡┻━┻ I don't wanna say that I wasted my time reading it, after all, at first, the story made me curious, then it made me laugh, although It's so frustrating to read those mid chapters, still, I decided to continue reading it, hoping that the plot and the ending would be okay,... more>> and yet! Argh! I guess, this kind of novel is not my cup of tea. (And I never thought that I'll be writing my first review, while expressing my dissatisfaction with a novel. Urgh.) The author just earned my respect for writing such, incest stuff like this. Sigh~ <<less
1 Likes · Like Permalink | Report

Definitely not a quality story. It's a good novel to pass the time, but don't expect to be moved by the plot or characters. The characters aren't that interesting: MC has no real characteristics except for being 'male on the inside'. ML is pretty boring and 2 dimensional as well - stereotypical rich angsty heir. The author never explains why they like each other. I agree with previous reviews saying the romance is lacking and they're more like rivals than lovers.
1 Likes · Like Permalink | Report

I only have one issue in this translated novel. Who the hell is Ji Pinchuan, Ji Fuchuan, Lin mingming, Linjingming, Xiao Jing. The names are so inconsistent that makes me sooo confused if I'm still reading the same novel. If not for their last names I would be wondering who the hell are these people.
0 Likes · Like Permalink | Report

If I could, I'd give this a 3.5. It was funny enough that I actually "laughed out loud". The MC making his way through the real battlefield of womanhood was hilarious and so true. It starts out slowly, but then... the last 5 or so chapters were just rushed WTF... The ending seemed to come out of nowhere, and didn't actually leave me very satisfied. There were some hints foreshadowing the ending, so it wasn't completely unexpected, but it was just too abrupt, and I didn't really feel any romance vibes... more>> in the story. Not a HE nor a BE; it just ended without anything actually being emotionally resolved, but this is more of a comedy, so I shouldn't have expected that. Its like all the heavy issues were dumped into the last few chapters and then it wants to suddenly be a comedy again and ends. If you want a light, funny, and memorable read, I definitely recommend this. If you want some romance, there isn't much (if any at all) here. Still, this was memorable enough that I actually took the time to write this review when I don't write reviews. <<less
0 Likes · Like Permalink | Report

It starts off pretty slow then it get more interesting after a while. MC is dumb but decisive and I slowly warmed up to MC. ML is a little dumb too (definitely not the overbearing cold president) but also likeable. ... more>>
Spoiler

Pairing is Jing Xing and Ji Pinyuan, don't be confused by the initial starry eyes MC makes at women. The reason why I say Jing Xing (MC) is quite dumb is because half the time MC doesn't know who is harming him and the other half of the time he can't see what the relationship is like between other women. ~But when MC finds out, MC is very decisive (no cute forgiveness/empathy here hehehe very much my cup of tea. MC is a strong character --not wishy-washy or easily swayed, and definitely not a white lotus.

Gender bender -- most of the story, MC is called 'she' and referred to as Lin xx (the name of the female he transmigrated into) so yeah not BL, this is clearly a BG novel with B--> G on MC's side.

[collapse]
Okay so personally I found the MTL easier to follow than translations. And original is only 39 chapters, quick read! The ending leaves you very satisfied, it's the best part of the book! --recommend skimming first 20 chapters to get a feel for characters and overall plotline. Chapter 20 and onwards is when the story picks up and most of the plot happens. <<less
0 Likes · Like Permalink | Report
Advertisements
Leave a Review (Guidelines)
You must be logged in to rate and post a review. Register an account to get started.