Novel Updates
RegisterLogin
Theme
Search
Your changes has been saved.
After Sleeping With My Childhood Friend’s Best Friends

Home >
Novel >
After Sleeping With My Childhood Friend’s Best Friends 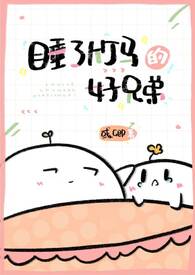 One entry per line
彧卿

Status in Country of Origin. One entry per line
190 Chapters + 5 Extras (Completed)

The scales had fallen from Xiang Yi Mo’s eyes.

She suddenly realised that she was merely a facilitator in the relationship between the male lead and female lead, where she would perform her roles as the cannon fodder and female supporting character to the best of her abilities.

And, she was also told that she was about to die soon?

If she wanted to survive, she had to capture all three of the male lead’s best friends — Jing Qian, Lu Wang Chen and Ji Heng Yu — and, at the same time, collect Love Value and Love Juices Value from the mission’s capture targets.

In order to survive, Xiang Yi Mo was willing to do whatever it took.

One entry per line
睡了竹马的好兄弟（NPH）

These are recommendation lists which contains After Sleeping With My Childhood Friend’s Best Friends. You should give them a visit if you're looking for similar novels to read. Alternatively, you can also create your own list.
More Lists >>>

Its what ive been looking for that I cant really find in a book. Really wanted to read a reverse harem one and most books I found (english books) were either gang related, heavy bullying (which I found disgusting), confusing plots (nonsense) smut was good but this was wonderful T^T ... more>>
Spoiler

you might be weirded out well really weirded out and grossed that the male leads have touched her while unconscious or wasnt herself (basically took advantage of) but you do know that at some point FL was like yeah for the points! But yeah it weirded me out a bit, especially for the guys to like, fall for her once they had something physical going on too ahahhaa but yeah

I'm the translator of this novel. Hence, this review might be biased. This novel is my guilty pleasure I read every day (since this novel is ongoing) *cough*. I loved how detailed the FL in her planning. The MLs are possessive yet truly treasures the FL. The following is the pros and cons of this novel:
Spoiler

To some extent the reasons why the male leads choose her and arent opposed to sharing her is kind of understandable? They're all suffering from some sort of problem and feel like a normal person when theyr with her. Its really smutty though the descriptions can be kind of off (?) Or not make any sense Though that might just be cause I mtled it. Don't expect the characters to be very fleshed out either or sensical descriptions since its smut.
6 Likes · Like Permalink | Report

In FLs previous life, she was ill and due to patriarchal family and her illness she killed herself. Now, awakening as Momo, who was in love with QC who only treat her as sister at the beginning and QY the current girlfriend was actually all about her revenge and jealousy. ... more>>
Spoiler

She was told by the system that she is ill which is unknown, just fainting, body organs declining and vomiting blood here and there.

She had to collect fluids from our 3 guys.

She started with Doctor JQ, who found out about her illness and decided to do home visit, eventually cohabiting with her.

Next is LW, previous soldier turned businessman, she approached him at a bar, drunk scene turned into taking her home.

Last is, Jh. Momo was sent to his company, she accidentally ate a chocolate with apphrodisiac thus they were entangled.

They found out about 3 of them chasing her, agreed to be together. Their first bed scene, they're altogether as well. JQ became Momo's first man but they'll all happy.

Again this story is smut so, dont mind the plot.

She is sent to hospital multiple times, but always ended up having vigorous snusnu with the 3.

QY, had a grudge against Momo and just wnat to snatch everything she has.

QC was actually not the real son. The real Win child is Qin She.

In the previous life, QC was the one behind the Qins death

Some parts are illogical, but there's some plot in some and again this story is smut