Novel Updates
RegisterLogin
Theme
Search
Your changes has been saved.
After I Livestreamed Raising Cubs I became the Wealthiest in Interstellar 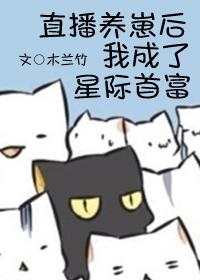 Carrying a spirit beast rearing system, Mingyou transmigrated. In nineteen years, he never saw a single “spirit beast” with sufficient stats, until he came to a rundown animal care facility to work.

Mingyou hugged the huge black cat while crying tears: “Psychic powers drained to exhaustion, powers in disorder, malnutrition, and how many old wounds all over?! Who’s the evil scum that abused you!! I’ll raise you, and I won’t let you get harmed again!”

Prince of the Kingdom – Former Grand Marshal – Hero of Interstellar Space – Dark Shadow Liger – Arthur had a bunch of question marks floating over his head: “Is this guy sick in the head?”
——
Through livestreaming his cub rearing skills, Mingyou sold off countless spirit beast nutrition supplements, and became the top wealthiest man in interstellar space.

One day, the king urged his fully recovered younger brother to return to work in the military.

Arthur-cat rolled over on the special order cat bed worth tens of millions, and lazily said: “As the cat of the wealthiest person, acting cute is my livelihood, why do I need to work?”

Beside him lay his former subordinates, all nodding their furry heads, fully agreeing: “That’s right that’s right!”
——
Mingyou later found out that the group of beast cubs at the brink of death he raised up actually used to be heroes who had all established illustrious achievements on the battlefield against the Zerg.

The war has ended. Interstellar space has returned to peace. And the heroes have removed their armor to return home.

One entry per line
直播养崽后我成了星际首富

These are recommendation lists which contains After I Livestreamed Raising Cubs I became the Wealthiest in Interstellar. You should give them a visit if you're looking for similar novels to read. Alternatively, you can also create your own list.
More Lists >>>

I MTL'd the story and HOLY SHIT, it's adorable and funny. I didn't read the rest of the MTL as the words got more and more confusing as chapters pass by. But please try it out if you want something cute.
0 Likes · Like Permalink | Report

Hilarious story, adorable characters (and not just the furry ones), great world building, and lots of hot blooded segments that would've made for a great anime adaption. 木兰竹 Has become one of my favorite authors, and this is probably their work I like the most right now.
6 Likes · Like Permalink | Report
Leave a Review (Guidelines)
You must be logged in to rate and post a review. Register an account to get started.

WARLOCK OF THE MAGUS WORLD FAN...

Instead Of Aiming To Be A...