Novel Updates
RegisterLogin
Theme
Search
Your changes has been saved.
Advertisements
After All I’m a Lolicon Really Sorry

Home >
Novel >
After All I’m a Lolicon Really Sorry 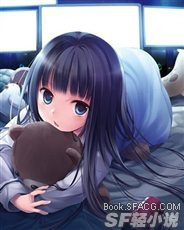 Status in Country of Origin. One entry per line
102 Chapters (Complete)

What? A chick is confessing to me? Don’t joke with me, I am a lolicon! Lolis are my belief, lolis are my everything, a world without lolis does not have light, a life without lolis is incomplete!

Can Someone Please Go After My Sister!?!?! (1)
Potatoes Are the Only Thing That’s Needed in This World! (1)
I Chose to Fake My Death (1)
When TS High School Boys Are Too Adaptable (1)

These are recommendation lists which contains After All I’m a Lolicon Really Sorry. You should give them a visit if you're looking for similar novels to read. Alternatively, you can also create your own list.
N/A

MC is a decent lolicon.. But, closests loli to him is a somewhat "perverted" loli. How did he preserve his chastity and his belief? It's a slice of life, but it doesn't slice your life - purely it's held high the comedy part. I read this for err entertainment, after all I'm lolicon. Well, then, time to dwell into the chapters! Thank you for the translation~
16 Likes · Like Permalink | Report

The MC is so honest to himself that I can't help to like him. Doing his best to support his hobby and his ideology are the plus of the story. The comedy is the best for me, lol. His interaction to people around him makes me question about the existence of people like this guy.
11 Likes · Like Permalink | Report

Well, this is one of those novels that annoyed me to no end after just 1-2 chapters and I just had to stop reading. The reason I gave three stars is because I honestly don't know if the writing style is that bad, it seems fairly good and all and 2 chapters aren't really enough to truly discern it. However, just chapter 1 was enough to make me feel offended and somewhat disgusted. First of all, the world building was quite realistic and that together with this author going out... more>> of his way to make the distinction between 2d and 3d and that this MC is after 3d girls (something more like parental love, not romance or in a sexual way), made images of snotty, annoying brats keep popping up in my head nonstop, yeah, girls in novels are 2d no matter what it says, but because of this I couldn't enjoy it. 2d lolis are one thing, made to be cute and fluffy by adults, they usually act like adults, albeit in a cute and innocent way, but I just can't keep reading this with those images popping up. And well, honestly, the author also turned the MC into someone who thinks just about all lolicons who look at 2d lolis in a romantic way are dangerous creeps, making it sound like they're out to assault real life pre-schoolers or something. Yeah, sorry, but I really don't see how that would be the case. I, for one, when it comes to lolis, are attracted to those types that are legal and somewhat more mature, hell, they can be several hundred years old. Even if they're a bit below legal age, most of the lolis are adults in mind, at the very least teens, even the ones with a stated age of lower than that will still act like it. Just the thought of real life "lolis" make me sick, why would anyone want to have a romantic love relationship with a snotty kid with an utterly immature mind, incapable of making proper judgement? Still, being grouped together with dangerous creeps lurking pre-schools, yeah, that's not really funny, it's just displeasing and completely ruined this novel for me. Now, the author probably didn't mean it like that, probably the author just pointed out towards a stereotype and this MC got to fulfill that role, but I usually put myself in the role of the MC, not as a mere observer, so this MC just started to disgust me and if I dislike the MC, I sadly can't keep reading. I really wanted to like this though, since it seemed really interesting. <<less
9 Likes · Like Permalink | Report

For those of you scared by the word 'Lolicon' and all those 1 star ratings; rest assured there isn't any pedophilia involoved; its a romantic comedy filled with amusing monologues. Half of those 1 star ratings are probably from guys who didn't even read it, just saw the word 'Lolicon', rated it badly, and went away. Thankfully they didn't write hate reviews. ... more>>
Spoiler

Its about a (relatively unpopular) typical japanese otaku who becomes miraculously popular through an amusing series of misadventures. While the plot may be typical, the characters aren't: The MC boldly announcing to the world (or rather, his classmates) his lolicon tendencies; the typical tsundere childhood friend... or not... Add in a perverted loli who's also the MC's boss (MC is a LN illustrator, she is the author) and a 'foreign bishoujo' with 'Analysis Paralysis' (a type of airheadedness), and you've in your hands a seemingly typical novel with an apparently standard plot... but I believe its a diamond in the rough. Since at the time of the review only 12 chapters have been released this may change, but for now I'll keep following it. Btw, I ship OkuXSena. Nope, I'm not a lolicon........ oooookay, perhaps a little bit :p

[collapse]
N.B. Is the novel image from Kamisama no Memochou?? Alice-chan is the the god of lolis..... <<less
4 Likes · Like Permalink | Report

Despite the title, there is moral decency to be found in the novel. This is a novel written by a Chinese author but with Japanese setting, so don't expect it to resemble Japanese novels too much. Our protagonist isn't actually a pervert who covets real life underage children, he's just enamoured with 2D lolis or at least that is how the template is set. The story focuses on our protagonist who is a proud lolicon, we come to understand how does he turn into one. He meets various people and interacts... more>> with them with his identity as a lolicon. Although that was glossed over so I couldn't really say the interactions was done well. But despite the mediocre story telling, and some fillers, I personally like how the story was tied up at the end of the volume. It brings the story to a closure regarding his conviction as a lolicon as it was tested. Although another part of me was dissapointed. <<less
1 Likes · Like Permalink | Report

First off, this is not a story about creepy uncles. This is not a story about creepy uncles. Sorry to repeat myself, it just seemed important that you know that. This is, on the other hand, a story about a guy who (seems to be) honest with himself about who is and not ashamed to admit it - even if other people won't understand him. This leads to some pretty amusing scenes and is pretty amazingly rare in a JP novel. So far, nothing seems too overdone. The worst thing about this... more>> series is that releases are fairly infrequent. <<less
0 Likes · Like Permalink | Report
Advertisements
Leave a Review (Guidelines)
You must be logged in to rate and post a review. Register an account to get started.