Novel Updates
RegisterLogin
Theme
Search
Your changes has been saved.
Advertisements
A Path of Business: My Loyal and Lovely Husband

Home >
Novel >
A Path of Business: My Loyal and Lovely Husband 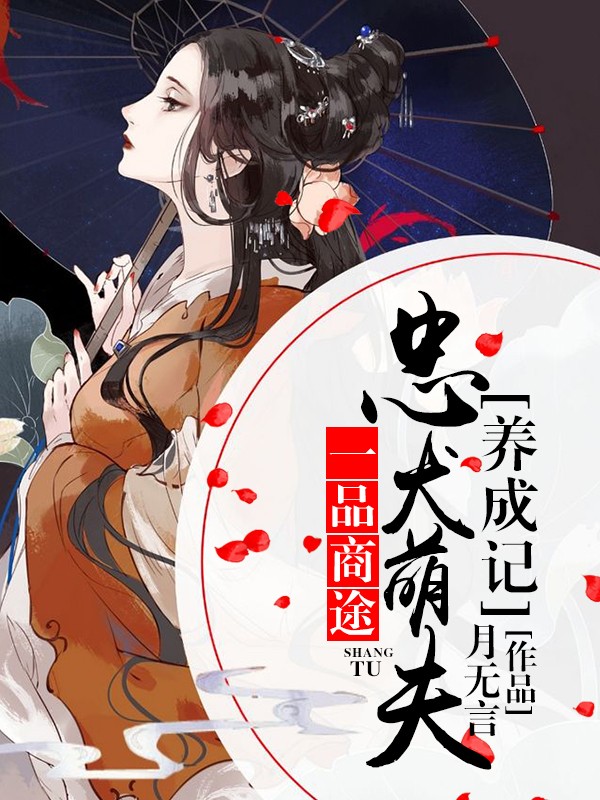 Status in Country of Origin. One entry per line
532 chapters (Completed)

Jin Weiwei finds herself has traversed time and space, she wakes up in a shabby temple, remembering this life she is bullied by everyone. Her father doesn’t like her, let alone her stepmother. However, she meets a beggar in this life and climbs all the way up to the royalty.

One entry per line
一品商途：忠犬萌夫养成记

These are recommendation lists which contains A Path of Business: My Loyal and Lovely Husband. You should give them a visit if you're looking for similar novels to read. Alternatively, you can also create your own list.
More Lists >>>

2 stars As of this, I am putting this novel in buffering or perhaps even dropping this. First things first, if you're planning to read this, only the 55 first chapters are free, you have to unlock the rest.... more>> You can get points to unlock either by logging in, reading etc or, as you can guess, using actual money. I was hoping they'd release one free chapter a week or something, but nope, you got to unlock the rest. This is part of why I'm dropping this, the other is: I don't think this is a good enough novel for me to actually drop points (much less actual money) in. Even if it's points that I got for free. Flying lines HAS some good novels, with Concubine's Daughter Minglan (which I highly recommend) being one of the best ones this time around FOR FREE. And so, I'd rather dump all the points I get on the better novels that the translators disponibilize for free, than on this one that not only isn't that great but that also wants to make me "pay". If it was free, or unlocked a chapter a week I might consider dropping some points like I do with other novels, but this way, nop, sorry. I'd rather drop it and give my points to Minglan. This is my opinion, based on comparisons and on what I think is worth and what I'd rather support. Now, on to the actual review and why I think it's weak, in case you either need more info/or want to read this. If you're going to read this, first thing: take everything with a grain of salt/read this for fun. Which means: don't take this seriouly. If you're going to read this expecting anything serious then you're going to get burnt out. Fast. As in: don't question things. The author contradicts themselves (herself?) a lot. As I said, this novel or perhaps better saying, the level of writing is weak. It's borderline fanfiction. Not bad fan fiction with blatant mary sues and self serving wish realisation level, but eehm you'll see. That said, if your logic/critic sense can get a backseat and don't question things, this can be an amusing read, sometimes even funny. It is possible to enjoy this series, and although it's not good enough for me you want to pay, it's not downright awful like some of the things around. It might not be hella funny, but it's pleasant. And if you got nothing else to read (like it seems to happen more and more to me) it is a way to pass the time. As of now, this review might have been vague, but it's because I'm trying to keep it spoiler free. Now with actual info/examples.
Spoiler

although not a blatant mary sue, there IS this "let's hype the MC". This is done not by making her op or something, but by she being "I'm taking no offense home" usually followed up by either literal or verbal face slapping.

It ends up being entertaining, because it's very straightforward and slapstick comedy like.

But don't expect it to make sense, for the characters to have a brain (esp the "villains", and oh, the bystanders) or even character development.

Plus as I said, the author will contradict herself to make leeway/reward the MC

ie: antagonist was trying to frame MC and get all her sheeps killed so she'd have huge financial loss. In the end, all his sheeps have to be killed because of the plague, he ends up having to pay for that, and has no money left (nor a way to make more, since he can't run this business anymore)

Cues in next episode, where MC is going to win against him again, but she can't win nothing, can she?

So let's conveniently forget the guy doesn't a have a penny anymore, so she can get some money from him, yeah.

This kind of thing. And this is only the one that I remind cause it's one of the most glaring ones, but there was more.

The plot, machinations, etc are very very simple, sometimes even passive of being resolved with brute force.

And there are some inconsistencies/flaws or even weak logic. (Like the one I mentioned)

And if you're going to question/come to gripe with them then this novel won't be enjoyable for you.

Same thing with the characters, specially the ML.

I swear, the ML is almost a background or a deus ex machina for the MC.

For reals, instead of making him a suspiciously very good looking (and with kung fu) homeless guy (riiiiiight. Like he isn't a noble, prince maybe even reincarnator or something -see what I'm saying about things being simple?) they might as well have made him a mute.

Maybe author thought it'd make him mysterious, maybe she wanted him to be Link (yes, from Zelda. And she thought it'd work in a novel), maybe this would justify why everyone thought he was dumb.

Whatever it is, she took the "silent, mysterious guy"thing waaaay too far xD

But it's okay!! Because he and the heroine are meant to be!! They'll just exchange looks, and tadaa she'll magically see to where he's looking, and perfectly understand what he is thinking, what it means, and what he's going to do.

Like, in the middle of a discussion with many ppl, she'll see him intently staring at the barking dog.

The villain's dog that was conveniently barking, and that the whole crowd was conveniently not noticing not even to be like "can someone please make it stop so we can hold this conversation?", yep.

And then the heroine is like, the dog is the answer, let's free the dog and see what it does, and the dog magically leads them to the sick sheep that the villain buried to get rid of the proof they had the plague.

(And they still say that the dog is men's best friend, well, not for the villains it seems)

Yeah. Because the guy couldn't even say something like "that dog is acting abnormally, let's see what it's about".

No, he's just there to give her a way out, in a way ppl won't know it's him, so she can still be the ultra competent heroine, meanwhile they have this doesn't need words seamless teamwork going on between the two.

And that's obviously why they'll fall in love, because he's just.. basically.. There?

I mean, because he's always there for her, conveniently giving her the right answer at the right timewithout it looking like it, so she can still have the limelight.

Geez, it's not like people need to talk/communicate to fall in love right?

What even is a personality. That's not something you need to have.

You just have to be pretty and be there for the heroine when she needs you.

I guess this is all the ML leads halo amounts to, hmm?

[collapse]
Anyways, there you have it. Plot, "conflict", characters, their relationship.. Everything is quite simple in this novel. That's why I say it's borderline fan fiction level, the impression I have is that this is an early work or that the author is a novice or really young. And that this was picked up to surf the hype of... Was it the lady's sickly husband? Or whatever is the name. <<less
2 Likes · Like Permalink | Report

Although this book only has one chapter, I think it is a promising book and I get hooked. The beggar is the MC I guess. Anyway, I want to read more chapters，please update more of it.
2 Likes · Like Permalink | Report

I started reading this novel with the translated version, but updates are slow so I just went ahead and read the raw chapters. This novel started great but as the story goes the story line gets frustrating. If you like novels where MC gets tortured but doesn't retaliate then this is it. She has a cheat available but she doesn't maximize the advantages of having the space that she has. She keeps getting thrown to jail/tortured but does not think of anything to get back at the people who plotted against her. ML... more>> has a special status but really doesn't have a lot of impact than just momentarily get scared but then still plots against MC and ML. honestly at this point I am really thinking of just dropping this. <<less
0 Likes · Like Permalink | Report
Advertisements
Leave a Review (Guidelines)
You must be logged in to rate and post a review. Register an account to get started.

God of Thieves: Who stole my...

Shuttling Between the Two Worlds