Novel Updates
RegisterLogin
Theme
Search
Your changes has been saved.
A Guest in a Ghost House

Home >
Novel >
A Guest in a Ghost House 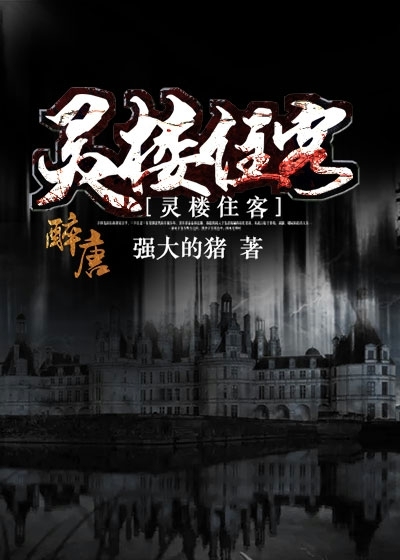 One entry per line
强大的猪

I’ve been receiving 3 creepy pictures in the mail every three days. After setting off to find the source, I found myself trapped living in a ghost house. The more answers I get, the more questions I have. What did I do to deserve this?

One entry per line
灵楼住客

These are recommendation lists which contains A Guest in a Ghost House. You should give them a visit if you're looking for similar novels to read. Alternatively, you can also create your own list.
More Lists >>>

I was already very disappointed when I read upto chapter 39. MC is a fu*king moron and a REAL loser. All the side characters are same as him and have no original personalities even though some of them are ghosts. MC seems to forget all the important stuffs he should remember as a main character of the story. For example, ... more>>
Spoiler

MC gets a promise from a ghost where if MC helps the ghost's granddaughter, he will give MC unimaginable benefits but this moronic MC who only works in a ghost house for only 5 hours forgets this even though he said he would help. You wanna know the reason the author cooked up? He's tired! Lol! When I read upto that I truly wanted to drop this novel even though it sounds like an insignificant case as the novel just started. Want to know why? His life was changed because he would get 3 creepy photos in a fu*king envelope where it would show deaths of random people for every 3 days! Although he works for ghosts but they don't even talk to him about his problem whereas this random ghost might be able to protect the MC and his family from supernatural crisis. He forgets the most significant thing in his life.

[collapse]
Another one with other characters. I will just directly quote the lines in the spoiler.
Spoiler

"At the same time, I soon came to realize that Zhang Xue died after she had seen the rat's body. Then it was Chen Qianqian that saw the rat's corpse. After finding Su Qing, we agreed to help Su Qing find her child, we temporarily felt safe but completely ignored the dead rat." Since the whole thing is inside the spoiler bar I will explain. MC stumbles into some high school kids who went to the haunted house where MC works and they played some chinese version of Ouija sh*t and summoned a ghost for some stuff. It was okay since MC was there and the ghost's were all mc's acquaintances but one of the girl got somehow haunted by some mysterious ghost and got killed. Before she died, a rat was killed some day before and the girl got killed exactly the same as how the rat died which shows that the perpetrator reveals how the victims would die before it kills them. Now, there's another rat which has been killed in a queer fashion and that rat's corpse was dumped in another girl's home indicating she would be the next victim and would die the same way as the rat. But our moron MC and his moron police buddy completely forgets about her. Guess what happens after that? Yep, the girl got killed. A totally avoidable death if MC could've fixed his short term chinese memory.

[collapse]
Another one just after this incident.
Spoiler

Now the third victim is a guy, one of the high schoolers and he also got targeted the same as the first 2 girls. So author decided that the MC and his police buddy would put him in a jail so that he could be safe. I lost 5 point of IQ after reading upto this. There's a freaking ghost rest house where MC works and he could've taken the kid there but chose not to do it and proceeded to make false charge with the police. He literally gave up the safest place where the kid could stay and decided to go after some complicated arrangements. The thing that baffles me most here is that the police guy discuses his future courses of actions with bunch of teenagers alongside MC. I get the mc's involvement in his cases but why the f*ck would a police asks for advices from kids?! It's not one of those cancerous Japanese stuffs where high school students decide everything. These are bunch of kids who got scared by the queer hauntings not Detective Conan. In addition to this, there's an extra spoiler after everything happens. Can you guess? Yep, the kid dies in prison. Let me quote it directly, "I told Wu Jian what happened that night. He said that he had a good idea, he told me to relocate to the ghost house. I thought this was a good idea, particularly because I figured most ghosts would be afraid to enter a place with so many other ghosts."*smh* At this point, it's clear that author is making cheap excuses to kill these characters.

[collapse]
I am sure to find more of these super, obvious plot holes in the future but one thing is for sure that this novel is not written well. I admit that the horror was the only part that kept me going although most of it felt boring to me. Lastly, the translation quality of the novel is very very poor. It's to the point of missing the story. Update: upto 164 chapters there are no indications of MC arming himself to fight off supernatural cases. I will be dropping THIS!! <<less
24 Likes · Like Permalink | Report

I AM HONORED TO WRITE 1ST REVIEW FOR THIS GEM. A VERY GOOD story, MC has to use brain to survive in the middle of ghost infested house. oh the plot also thicken when some..... thing said that someone (thing) asked to protect MC... what is the purpose, and who is sending the photograph? No OP magic or whatever, pure horror and mystery. I will wait for the update. If u are horror loving story with mystery, this is the novel u must read
10 Likes · Like Permalink | Report

Okay, so this will be my first review here in novel updates. When I first got in I wanted to find some good ghost stories and I found this one! I was able to catch up in a course of a week and that's because work was very busy! Anyways, wow! I love this story! It's a great mystery too not just horror. The MC I think plays the part great cause honestly if I was going through what he was going through in the beginning I would be a... more>> super coward and never go looking into it like he did. I love the petty drama in the ghost office and the police officers character is grounding. I really like seeing the MC become more comfortable around the ghost and it the plot changes which keeps you on your toes! I don't want to spoil the story but I really recommend it to anyone who likes a good mystery thriller!! <<less
5 Likes · Like Permalink | Report

I don't really have much to say. didn't like it, didn't hate it, it was just... meh The MC is... well, his personality seems to change every so often. at the beginning he was supposed to be a socially awkward character but not too many chapters later you see him socialize with a lot of people. Other times he seems like a coward and later on he "brave". there is not consistency with his character. Also, the MC is a prick, making important promises and just forgetting about them, He has... more>> lower attention span than Dory from "Finding Nemo". A lot of details about the story were just skimmed through, and the excuse was because the MC was too lazy to heard the whole story (which most of the time has something to do with his f*cking life on the line). Most of the ghosts are also just plain retarded. <<less
4 Likes · Like Permalink | Report

First time I write a comment. This is one of a few Chinese novel that I enjoy very much. The thrill, horror and mystery is well-written as well as the tragedies behind them. The author did a great job bringing the trait of classic Asian ghoststories to a modern novel. I like the way romance and comedy is finely added through the story. There are just enough of them to ease the intensity but not so overwhelmed that it becomes a rom-com. It is ashamed that there are some details that... more>> the author introduced and described carefully but did not go all the way through, which leaves me a bad taste in the mouth. Like, the incident of the burnt down house or the killer ghost in the pool. One more thing is that the translator does not update any information related to the series. Hope there will be improvement on this. Anyway, it is a great series, totally recommend this. Thanks for your hard work. <<less
3 Likes · Like Permalink | Report

A very interesting novel, giving a good overview over Asian folklore and myths. The novel is episodic, with every episode containing a few dead people and a ghost mystery to solve. The MC and his companions are quite bland, but they have their moments, and the episodic nature of the novel let you gloss over it. Unfortunately the translation is very mediocre in the later parts, people that are a she get called a he, words are jumbled, and so on. Still it is above readable. 3.5*, but I find the idea cool,... more>> so 4*. <<less
0 Likes · Like Permalink | Report
Leave a Review (Guidelines)
You must be logged in to rate and post a review. Register an account to get started.

Reincarnated as an OP Loli
Advertisement