Novel Updates
RegisterLogin
Theme
Search
Your changes has been saved.
Advertisements
A Court Magician, Who Was Focused On Supportive Magic Because His Allies Were Too Weak, Aims To Become The Strongest After Being Banished

Home >
Novel >
A Court Magician, Who Was Focused On Supportive Magic Because His Allies Were Too Weak, Aims To Become The Strongest After Being Banished 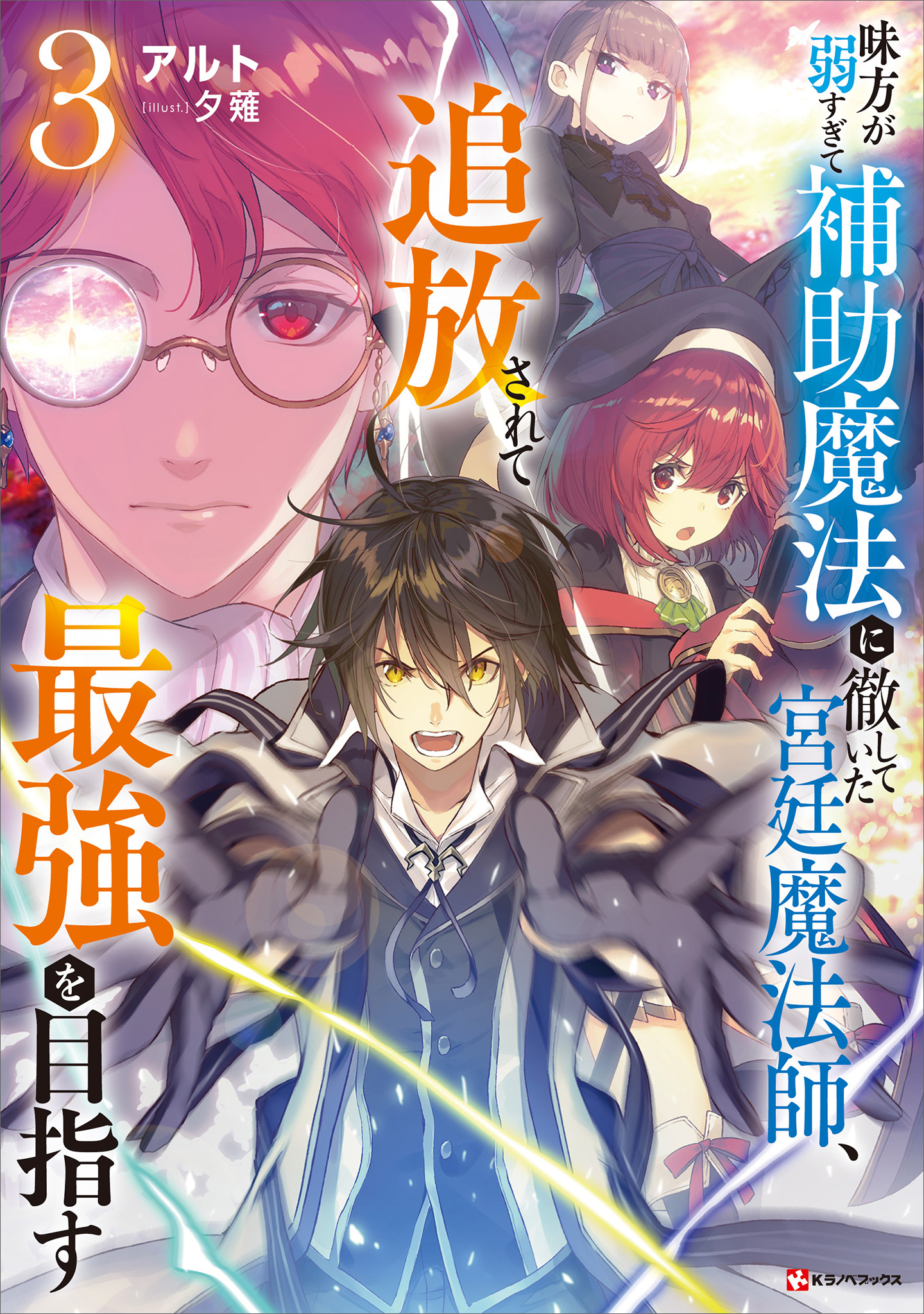 Status in Country of Origin. One entry per line
70 Chapters (Ongoing)
1 LN Volume

“This party doesn’t need an incompetent magician who can only use supportive magic. You’re fired, Alec Huguette.”

Suddenly, Alec, a court magician who had joined the crown prince’s party to help him conquer dungeons——was banished from the party.

And not just the party, but the crown prince’s harassment has banished him from the royal palace as well, and a friend from the “magic academy” approached Alec, who was at his wit’s end.

“——Hey, Alec. Do you want to try to conquer the dungeon with us again?”

And so, together with the friends he used to party with, Alec begins his second journey in life.

This is the adventure story of a former court magician who had been abandoned.

Four years ago, the “Lasting Period,” a party of four that had been called “legendary,” has gradually spread its name around the world.

I Was Banished From the S-rank Party for Being “Useless”, so I Decided To Make My Own Strongest Companions Using [Appraisal] and [Healing Magic] -Before I Noticed, I Was Being Loved by the S*aves and Empresses Who Helped Me and Became the Strongest in the World! (1)

These are recommendation lists which contains A Court Magician, Who Was Focused On Supportive Magic Because His Allies Were Too Weak, Aims To Become The Strongest After Being Banished. You should give them a visit if you're looking for similar novels to read. Alternatively, you can also create your own list.
More Lists >>>

Nice story for now. A classic MC who was exiled by his teammates for being a dead weigh while he was in reality the one who carry them. I like the realism of the story so far, there is discrimination against commoners, the guild look like an actual administrative service. There is not much to say in 16 chapters, the MC is expelled, recruited by his ex-school friends, and he is in the middle of his first mission. For those who want to know exactly why and how MC was expelled.
Spoiler
[collapse]
4 Likes · Like Permalink | Report

Came here from the manga. I have to say this is a good twist on the banished from the party genre. The MC actually has a good reason why he's not allowed to use his actual power in the prince's party and his friendship with his school friends is great. I like how the MC actually goes back to join his friends party. Like the vibes I get are a parallel with real life where after you quit a life draining job and actually get back your own sense of self after... more>> changing gears and getting back to a more relaxing job/hobby. So far 2.5 stars. Let's see if this improves <<less
1 Likes · Like Permalink | Report
Advertisements
Leave a Review (Guidelines)
You must be logged in to rate and post a review. Register an account to get started.