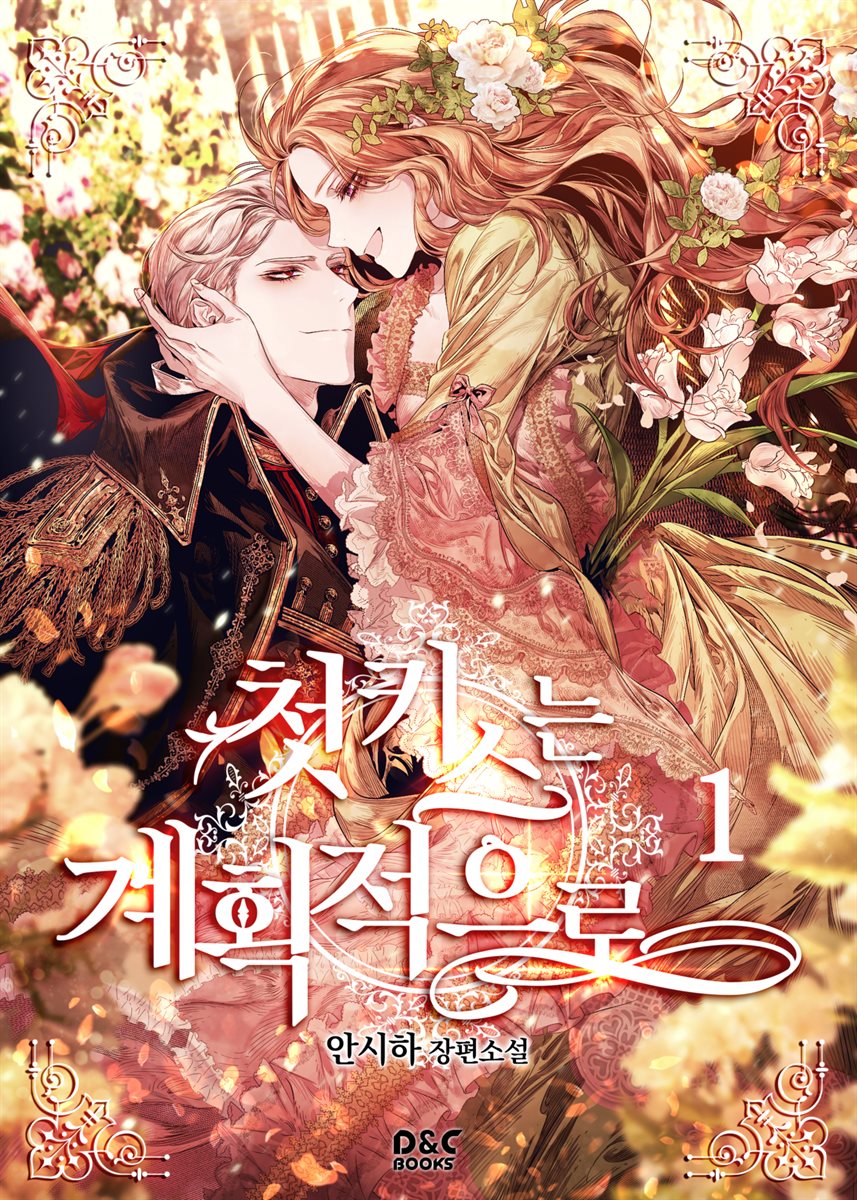 One entry per line
An Si Ha
안시하

Status in Country of Origin. One entry per line
168 Chapters (Complete)
5 Volumes (Complete)

When she came back to life, she became an extra in a novel. Living in the cruel emperor’s palace as a villainess concubine, her throat was cut because she tormented the heroine!

What should I do at this moment?

Get close to the heroine? No.

Get close to the male lead? No, not that either.

Survive to have long and fine life? Damn right, I will!

Three years have passed since she lived peacefully as an outsider of the Imperial City. As long as the novel ends with a happy ending, she thought she could be free.

“I’ll listen to whatever you say. Can we live together then?”

The servant who came into my easy life.

I live a happy life with him. Sometimes he’s a kind servant, and other times, a dear friend…The problem is, I can’t seem to take my eyes off him when he smiles saucily and flirtatiously with those red eyes.

…Is it because of my feelings?

It Seems Like I Got Reincarnated Into The World of a Yandere Otome Game (1)
Please Leave Me Behind (1)
Father, I Don’t Want to Get Married! (1)
I Don’t Want to Be Loved (1)
A Villain Is a Good Match for a Tyrant (1)
I’m Worried that My Brother is Too Gentle (1)

These are recommendation lists which contains 1st Kiss Was Intentional. You should give them a visit if you're looking for similar novels to read. Alternatively, you can also create your own list.
More Lists >>>

2 group(s) hidden due to dead links. Click here to show all releases.

Suitable to read if you have a lot of free time, are in love with the novel's tropes (oblivious, naive FL who's a social outcast; handsome enigmatic ML who's in power; ML falls in love first) and ready to turn your logic off The setting is pretty standard. FL gets transmigrated into the body of a cannon fodder and is sent over to an emperor as a 30-ish concubine. She spends three years keeping her nose clean but then meets ML and catches his attention because she's funny and weird. I think what's nice is that FL is a pleasant girl with goodwill towards other people, she's cute, clumsy and sweet. Ah, and I have a thing for 'nice social... more>> outcasts', and that's what FL is too. But at the same time there are a lot of things which clearly show you shouldn't expect much from this novel in terms of sensibility, deep psychology, intrigue or anything of that sort. For example:
Spoiler

FL mistakes ML for a servant simply based on a fact that he said so (and because she wasn't expecting anybody else). But! A man with a good posture and a sword, who behaves without any respect towards a noble concubine - and a servant? Come on, A NOBLE is written in Caps Lock on his forehead. It would make sense to mistake him at least for a knight, but all she does is 'ah, ok. Bring me a vase then'. Nothing hits her off.

Or her decision to take him in despite the apparent dangers she listed herself. The next moment - when he offers to become her bodyguard - she agrees without reflecting on how he's going to protect her if they can't be seen together. (And why can they not, if he's a servant?). It's not like it's totally illogic, it's just that the author doesn't even address this question.

Or the simple fact that the author entirely omitted the three-years part where a modern-age girl has to get accustomed to the loneliness of another world, tries to understand how she can get back, misses her home etc.

ML seemed to be okay before it turned out that he appointed a prince from a potentially antagonistic country as his substitute on condition that if everything's okay, his country will get its independence back. Something tells me that's not how politics work.

[collapse]
So, all in all it seems like all characters and the plot will bow down before the author's desire to create many trope-ish doki-doki moments. If you're willing to discard this fact, you may get a smile or two. The translation is a bit off. The choice of words is sometimes weird, I dunno why. Feels as if it's corrected MTL. But still, the general outline is clear and everything is readable so it's okay. <<less
25 Likes · Like Permalink | Report

Confining yourself to avoid harem intrigue and eventual Death By Tyrant is a logical decision. But it's the only logical thought this girl has ever had. Every following thought and action is so completely devoid of reason and sense that plot armor is the only reason she isn't dead already ten times over. And this is only the seventh chapter. She's the typical brainless Mary Sue stumbling her way through life. Literally stumbling, in one chapter she bumped into or tripped over something four times. The only reason I'd keep reading... more>> is to count the number of times she should have died or been ruined by her own idiocy only to be inexplicably saved by our poorly disguised male lead. If this is your thing, more power to yo.u But I prefer a protagonist who is intelligent enough to at least walk unaided. <<less
8 Likes · Like Permalink | Report

You have to go directly to foxhole translation site to access the story, IT IS LOVELY!!!!! Only on chapter 15 sofar but I am adoring it. It is currently more of a relax read as the drama hasn't started going crazy. I truly understand the MCs position and her actions and personality are rational.
3 Likes · Like Permalink | Report

The translator did well and I appreciate the end of chapter commentary. I like the FL a lot so far. She’s so funny but she also seems reasonable and a decently good thinker. ML is funny too though he’s a bit of a troll. I’m hoping heroine-chan won’t be a green tea b— but I have a feeling she will be.
3 Likes · Like Permalink | Report

The story is good ! The protagonists are cute and funny. I can't wait to know more about it !
2 Likes · Like Permalink | Report
Leave a Review (Guidelines)
You must be logged in to rate and post a review. Register an account to get started.

Supergirl: The Legacy of Lara Kent