Novel Updates
RegisterLogin
Theme
Search
Your changes has been saved.
100k Volts Electrocutes You to Death 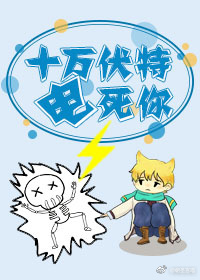 Status in Country of Origin. One entry per line
181 Chapters + 24 Side Stories (Completed)

One morning after being struck by lightning, Ye Wenxuan inexplicably gained the superpower of being able to generate electricity.

If he jammed his finger into one of the generator terminals in an electricity power plant, he could provide a year’s worth of power for 3 Tier 1 cities simultaneously, receiving the name “the mobile nuclear power plant.”

The country’s electrical company’s boss held his hand, speaking emotionally: “Comrade ah, the country’s future electrical development will all depend on you!”

Later, the “mobile nuclear power plant” was dispatched to be a bodyguard for a local tyrant.

Xing Yuan coldly said: “Just now did you or did you not electrocute me?”

Ye Wenxuan pointed to the heavens and swore: “I am an honorable employee, how could it be possible for me to make a move on my employer!”

he made a move.

One entry per line
十万伏特电死你

I’m Not Shouldering This Blame (3)
Death Progress Bar (3)
Let Me Shoulder This Blame! (2)
Guardian (2)
Vanguard of the Eternal Night (2)
Mahouka Koukou no Rettousei (1)

These are recommendation lists which contains 100k Volts Electrocutes You to Death. You should give them a visit if you're looking for similar novels to read. Alternatively, you can also create your own list.
More Lists >>>

This novel has an interesting premise -- a man is struck by lightning and given incredible electric powers. Instead of going wild, he follows the government's instructions, obediantly charges several power plants, and eventually becomes a bodyguard. So far, there has only been a few chapters released so it's not fair to give a full review. The first chapter is mostly an information dump about the main character, how good looking he is, and how his body has signs of electrical power. It lacked any emotional depth. The following chapters were also... more>> information dumps about every little detail (like what office supplies are on his desk, and his neighbor's desk). Based on the writing style, I'm not sure if this novel is promising or not. I'll update this review after more chapters are released. Update as of Ch.35: I'm pleased to say that this novel has picked up the pace and become a lot more interesting. The author still struggles with "info dumps" and realism, but ever since the action scenes started, the main character has developed a lot more personality and become more likeable. The ML has become more interesting, too. You just have to get through the boring first few chapters where the main character is too bland, hot, and OP, and then the story gets better. <<less
16 Likes · Like Permalink | Report

So far, the stories really good. It's very realistic although some elements definitely aren't real, but you probably knew that bc the MC has lightning abilities. I like how the romance doesn't happen immediately and that there are major points in the plot that changes the ML's suspecting attitude. The ML is a highly important man and it's understandable that he's suspicious of everyone since he's a target and there's a lot of people and organizations out to get rid of him. And MC's perseverance to change ML's views and his slight struggles... more>> with his power having control over life and death, and killing makes his character more realistic and believable. By no means are they perfect humans, but they're definitely perfect for each other! <<less
7 Likes · Like Permalink | Report

The story is carefully articulated with an undercurrent feeling-slowly making you wish for more and a certain itch to find out what happens next. You have a dense/aloof overpowered MC and an ML that has yet to appear. I think the story looks very promising and will uphold on to the 5 stars for now.
6 Likes · Like Permalink | Report

One of the best boyxboy story.. It has strong male lead and his lover trust, respect, comedy, romance. Our male lead has a faceslapping ability in his teamates and enemies that I find it funny a really "walking nuclear bomb". Friendship a little bit lacking because it seems he is a brotber to them. Smut a tiny bit only. Do you Know: Since the release of translated chapter were slow.. damn I used google translate to finish the whole novel in one day. And even thou it is not really good... more>> but at least the thought is there I reread it again... hu.. hu.. hu.. you will never regret how good this novel is. Hope this has another sequel he.. he.. he.. DAMN SO GOOD.. YOU NEEED TO READ THIS NOVEL AND ADD TO YOUR COLLECTION!!!!! <<less
5 Likes · Like Permalink | Report

I've MTL-ed this novel up to chapter 50 and it's getting better and better. I'm eagerly waiting for new translated chapters ;)
Spoiler

It's quite interesting to see MC struggle with his first mission. He has to improvise a lot, but luckily his ability is really OP and he has some other useful skills due to his previous line of work. As for ML, at first he seems very cold and intimidating, but there is also another side of him and they grew closer due to a mortal danger.

The main character (MC) Ye Weixuan gets electrocuted by lightning and wakes up with lightning abilities. He joins a special department in the military & takes on the task as a undercover bodyguard for the richest man in China, Xing Yuan president. After going through life & death situations together, Xing Yuan develops feelings for MC and their relationship smoothly starts.

Then, Xing Yuan & MC plus side characters, work together to put his assassins in prison and destroy a certain inhuman research institute that was making super soldiers. So, MC isn't the only ability user there, but he's the most powerful. Overtime, because of his diligence, his lightning abilities improve tremendously and he becomes quite versatile.

[collapse]
This novel is action packed, with cute and shameless scenes, and has many good supporting side characters and connecting plot points that makes the novel flow smoothly. <<less
2 Likes · Like Permalink | Report

Interesting story, I just don't like how information is given. There's no foreshadowing, just jumps in the story. The MC is a basic super handsome good looking kind of like a celebrity guy. It's kind of obnoxious. Plus I'm hard judging the author for having the MC attack a love rival, which is petty. That guy was also a gay stereotype, which implies that flamboyancy is wrong. Plus the MC says he's asexual, yet I feel like he's going to date someone when he "finds the right guy". This story... more>> has 1/5 tumblr stars. I'm still reading it though. I just hate this type of visually op character. <<less
2 Likes · Like Permalink | Report

The best thing about this novel is how the MC is pretty cool about his power.. He didnt whine and he actually become cooler when each chapter past.. The ML is the typical seme ML
1 Likes · Like Permalink | Report

i hope this is translated until the end because it's really interesting so far. I like his power but there are a lot of unanswered questions about it (how does he stabilize it? How does he know how to stabilize? Will he grow stronger and if so than how does he do it? Why did he suddenly get this power?). I'm sure some if not all will be answered in later chapters. I get the feeling that this is going to be one of those x-men type stories (or Chinese... more>> quick wear zombie arc) where a select part of the population ends up developing abilities, though so far there's been no explained trigger (no evil comet or meteor, no world wide flu epidemic, etc). Looking forward to more chapters! <<less
0 Likes · Like Permalink | Report
Leave a Review (Guidelines)
You must be logged in to rate and post a review. Register an account to get started.